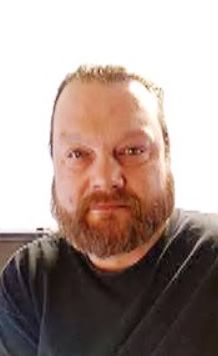 Please share a memory of David to include in a keepsake book for family and friends.
View Tribute Book
David J. Schummer Bradford, PA David J. Schummer, 51, of W. Warren Rd., passed away Sunday (May 1, 2022) at his home after a brief illness. Born June 3, 1970 in Olean, he was the son of Rick J. and Linda T. Koepka Schummer. On November 10, 2017 he married Elizabeth A. Wiltse who survives. David grew up in Allegany and spent his childhood exploring the woods around his family home. During his early youth, time spent with his grandfather on his family farm in Eden helped to shape his appreciation and love of nature and agriculture. He graduated from Allegany Central School in 1988, excelling both in academics and sports. He then attended the State University of New York at Buffalo earning a B.S. in Mathematical Physics and a B.A. in Philosophy and later enrolled in the doctoral program in Philosophy. David began his teaching career as a graduate student at SUNY Buffalo. He later worked as an adjunct professor at Jamestown Community College; the University of Pittsburgh, Bradford; Alfred State College and St. Bonaventure University. For the last ten years, David had served as Assistant Professor of Philosophy at Pitt-Bradford. His dedication to his students, as well as his service to the campus community, will leave a lasting impact. His enthusiasm for both philosophy and environmental studies, his humor, his self-lessness, and his compassion for others endeared him to colleagues and students alike. Through his work, David helped to cultivate connections between faculty, students, the greater community, and the natural world. The highlight for many of his students was the bi-annual Environmental Studies Retreat held at Allegany State Park. For some students the retreat was their first opportunity to connect deeply with nature. Additionally, David worked at Canticle Farm, and recently managed his own small family farm, Molly’s, with his wife Beth, providing locally grown produce to under-served community members. His agricultural experience helped raise awareness about local food insecurity. David enjoyed many interests, his academic community and spending time with family and friends. He enjoyed cooking and sharing good food, playing board games, fishing, and camping. He was a devoted dog-owner and had a special bond with his faithful companions. He leaves behind his wife Elizabeth "Beth" Wiltse; 2 sons Matthew (Crystal) Schummer and Christopher Schummer, both of Tonawanda; 1 stepdaughter Molly E. Clayson of Allegany; 2 brothers Michael L. (K. Sarah Fleming) Schummer of Jordan and Andrew J. Schummer of Salt Lake City, UT and several nieces, nephews, aunts, uncles and cousins. Visitation is scheduled for Friday, May 6, 2022 from 6 pm to 8 pm at the Casey, Halwig, & Hartle Funeral Home, 3128 W. State Rd., Olean. An informal celebration of David’s life is going to be planned for a later date this summer and will be announced. In lieu of flowers, the family kindly requests donations be made to the Aldo Leopold Foundation: https://www.aldoleopold.org/ with an indication that they are in honor of David Schummer. Online condolences may be expressed at oleanfuneralhome.com.
Friday
6
May