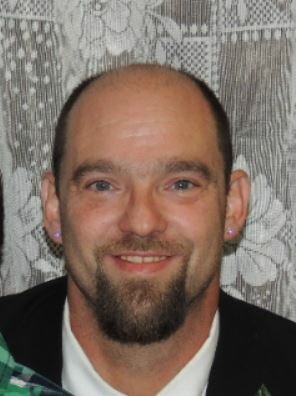 Please share a memory of Daemon to include in a keepsake book for family and friends.
View Tribute Book
Daemon J. Beck Ischua, NY Daemon J. Beck, 51, of 1496 Kent Rd., passed away Sunday (December 25, 2022) after a recent diagnosis of cancer. Born October 4, 1971 in Ft. Lee, NJ, he was the son of Robert Beck and Susan Gruzdis Shapiro. On October 17, 2015 in East Smethport United Christian Church, he married Randi L. Burton who survives. Daemon was raised in New York City and graduated from the Culinary Institute in NYC in 2005. He worked for a period of time for the Plaza Hotel and Tavern on the Green, both in NYC. In the early 2000’s he moved to Portville. In 2014, he and Randi moved to Smethport. They returned to Ischua in June of this year, and he had been working for Go To Meals as well as Randy’s Fireside. He enjoyed spending his time cooking and being with his family, especially his wife and children. He also loved his country and was a true patriot. He was a former member of the Portville Volunteer Fire Department. He is survived by his wife Randi; his father of Queens; his mother of New Jersey; 8 children Rene Faulkner of Bradenton, FL, Tim Flanagan of Buffalo, Savannah Chiapuso of Portville, Isabelle Phearsdorf of Ischua, Nathan Beck of Portville, Gabriella Phearsdorf of Ischua, Ameline Beck of Portville, and Everly Beck of Ischua; 1 granddaughter Nevaeh House; an uncle and aunt Gary and Nancy Beck of NYC; and 1 cousin, Arla Fiorenzi of New Smyrna Beach, FL. The family invites friends to a visitation on Tuesday (January 3, 2023) at the East Smethport United Christian Church from 11am until 1pm. A funeral service will begin at 1pm in the church with Pastor Allen Young to officiate. Burial will follow in Fairmount Cemetery, Farmers Valley, Keating Township, PA. Memorials, if desired, may be made to the East Smethport United Christian Church, 18399 Route 6, E. Smethport, PA 16730, or to Roswell Park Cancer Institute, 666 Elm St., Buffalo, NY 14203. Arrangements are under the direction of the Casey, Halwig & Hartle Funeral Home, Olean.
Print
Tuesday
3
January