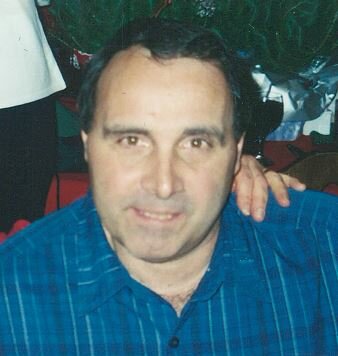 Please share a memory of Carl to include in a keepsake book for family and friends.
View Tribute Book
Carl P. Veno, Jr. Olean, NY Carl Paul Veno, Jr., 73, of Olean, passed away peacefully on Thursday (December 8, 2022), in the loving presence and care of his family. Born July 12, 1949 in Olean, he was one of 4 children born to Carl C. and Barbara L. Beebe Veno of Olean. Shortly after graduating from Olean High School in 1969, Carl moved to Cortland where he met Sharon E. Contento whom he married at St. Mary’s Church in Cortland on August 8, 1970. He worked for the Newton Line Co., and Homer Central School. After moving to Olean in 1978 he began employment with the former VanderHorst Corp. and then St. John’s School. In 1987 he worked for St. Bonaventure University for a period spanning 35 years. Many of those years was for the Friary on campus where he forged many long friendships with the Franciscan community. He formally retired in 2014 but continued part-time employment there until as recently as June of this year. He was a longtime member of St. John’s Church. In his younger years he enjoyed fishing and hunting, and for many years enjoyed making homemade wine. He also liked to find lost golf balls which he either sold or added to his vast collection. Most importantly, he was a family man, dedicated to loving and supporting his wife and children. His granddaughter Paige Kinley Smith was his pride and joy. He loved hearing her call him Papa and taking her to the local parks and other attractions. He leaves behind his loving wife Sharon of 52 years; 2 sons Jeff Veno and Daniel Veno, both of Olean; 2 brothers Salvatore Veno of Olean and David (Joyce) Veno, Sr. of Weston Mills, and several loving nieces, nephews, and cousins. He also will be missed by his good friends, especially his co-worker John Filjones. He was predeceased by his parents; a sister Kathleen Frost, and a sister-in-law Janice Veno. The family will welcome friends to a visitation of Sunday from 4-7pm at the Casey, Halwig & Hartle Funeral Home, 3128 W. State Rd., Olean. A prayer service will be held Monday (December 12, 2022) beginning with a prayer service at 9:15am at the funeral home, followed by a concelebrated Mass of Christian Burial at 10am at St. John’s Church. Burial will follow at St. Bonaventure Cemetery. Memorials, if desired, may be made to St. John’s Church, 931 N. Union St., Olean, NY 14760.
Sunday
11
December

Share Your Memory of
Carl
Upload Your Memory View All Memories
Be the first to upload a memory!
Share A Memory
Send Flowers
Plant a Tree