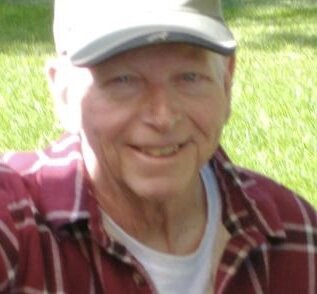 Please share a memory of Kenneth to include in a keepsake book for family and friends.
View Tribute Book
Kenneth D. Hillman Cuba, NY Kenneth D. Hillman, of Cuba, and a former resident of Hinsdale, passed away Wednesday (October 12, 2022) at home. Born July 11, 1946 in Olean, he was the son of Donald and Ada Miles Hillman. On July 2, 1966 in Hinsdale, he married his high school friend and sweetheart, Merrie C. Neff who predeceased him March 25, 2016. Ken graduated in 1964 from Hinsdale Central School. For over 40 years he successfully co-owned and operated Acme Business Machines in Olean. He was also a long-time, well-known local musician having played guitar in several popular bands including the Townsmen and Spare Parts. He had various interests to round out his busy life. He loved his time as a devoted husband and father and as a grandfather he followed their activities with joy. He enjoyed camping with his family, and the outdoors, especially hunting. Ken was an incessant tinkerer in his workshop, liked electronics and using his computer, and was a ham radio operator both as a younger man and later in his life, using the call letters KA2MYA. He enjoyed motorcycling and was an avid music lover and had an extensive collection of cd’s of many genres. He leaves behind 2 sons Matthew (Shari) Hillman of Hinsdale and Scott (Kristin) Hillman of Franklinville; 4 grandchildren Troy, Collin, Ana, and Nicholas, and many nieces and nephews. In addition to his beloved wife Merrie of 50 years, he was predeceased by his father when Ken was a teenager; his mother Ada on December 10, 2003; 1 brother Roy Hillman, and 1 sister Barbara Gustin. The family will receive friends for a memorial visitation on Monday (October 17, 2022) from 4-7pm at the Casey, Halwig & Hartle Funeral Home, 3128 W. State Rd., Olean. A celebration of life service will begin at 7pm in the funeral home. Rev. Rick Price, of the Bradford Church of Christ, will officiate. Burial will be in Hinsdale Cemetery. Memorials may be made to the Hinsdale American Legion, 3727 Route 16, Hinsdale, NY 14743. Online condolences may be expressed at oleanfuneralhome.com.
Monday
17
October