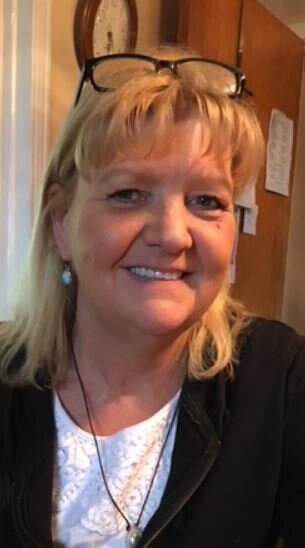 Obituary of Gretchen A. Tucker

Please share a memory of Gretchen to include in a keepsake book for family and friends.
View Tribute Book
Gretchen A (Sue) Tucker OLEAN, NY – Gretchen Ann (Sue) Tucker, 54, passed away on Wednesday (August 30, 2022) after a long illness. She had been comforted by the presence of all her loved ones with her. Gretchen was born on November 22, 1967, in Bradford, PA to John M. “Mac” and Barbara Bowen Sue. She was educated in Allegany, Vista CA, and Olean, and graduated from both St. Francis Hospital School of Nursing with her LPN degree and Jamestown Community College with her RN degree. She had worked at the former St. Joseph’s Manor in Olean before accepting a position at Olean General Hospital. There, Gretchen was an RN on the 3rd floor and a Charge Nurse on Subacute Rehab where she served for 20 years before retiring due to ill health. She loved decorating her home in rural Cuba, NY, and was creative in finding repurposing items. Also, she was always grateful for a large, close-knit, and supportive family. Gretchen is survived by her sons, John “Russ” (Ileen Marcellin) Tucker of Cuba, and Sean Tucker of Olean. She loved and adored Kamerrin Greeley of Ohio, Kaleigh Greeley of Georgia, and Owen Puccinelli of Portville, 3 of her grandchildren whom she raised. She also loved and is survived by grandchildren, Maddison and Mason Tucker of Portville and Lukas Peckham of Allegany. In addition, Gretchen is survived by a sister, Rachel (James) Lovell of Olean, a brother John “J.B.” and Lori (Shatney) Sue of Pittsburg, New Hampshire, a brother Stephen C. and Rebecca (Hendrickson) Sue of Pittsburgh PA, and nieces and nephews Elizabeth (Manny) Acevedo, Katherine (Chase Miller) Lovell of Olean, Devlin Morey of New Hampshire, Manny James Acevedo, and David Louis Sue. She was preceded in death by her father in 2011; her oldest child, Kara Greeley, in 2021, and grandparents John and Ann (McCord) Sue, and Bruce and Ruth (Tyrrel) Bowen. At her request there will be no visitation, and a private memorial service will be observed by the family at a later date. Arrangements are being provided by the Casey, Halwig and Hartle Funeral Home, Olean. Memorials may be made to Olean General Hospital Nurses Union, Hinsdale Volunteer Fire Department Ambulance Fund, or the First Presbyterian Church, 51 East Corydon St., Bradford, PA 16701, Attn: Memorial Garden Fund. Online condolences may be expressed at oleanfuneralhome.com.

A Memorial Tree was planted for Gretchen
We are deeply sorry for your loss ~ the staff at Casey Halwig & Hartle Funeral Home
Join in honoring their life - plant a memorial tree
Services for Gretchen Tucker
There are no events scheduled. You can still show your support by sending flowers directly to the family, or planting a memorial tree in memory of Gretchen Tucker.
Visit the Tribute Store
Print
Online Memory & Photo Sharing Event
Online Event
About this Event