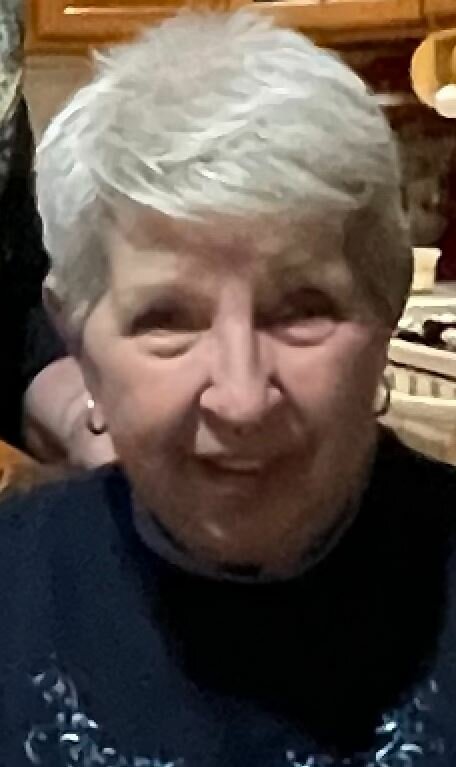 Please share a memory of Rosemary to include in a keepsake book for family and friends.
View Tribute Book
Rosemary T. Orcutt Olean, NY Rosemary T. Orcutt, 72, of 547 Prospect Ave., passed away Thursday (August 4, 2022) at the Olean General Hospital after a brief illness. Born March 10, 1950 in Olean, she was the daughter of Andrew T. and Frances McClure Martin. On May 1, 1971 at St. John’s Church in Olean she married Thomas N. Orcutt who survives. Rosemary was a graduate of Olean High School and later Bryant and Stratton Business School in Buffalo. She worked for many years for the Olean Medical Group at both its former location on N. Union and East Henley Streets and later at its present location near the hospital. She then worked until her retirement as a receptionist for Dr. Bailey, Ophthalmologist. She was a loving wife, mother and grandmother who cherished her family, especially her grandchildren who were the pride of her life. She was an excellent seamstress and loved sewing and quilting for her family. She was also an excellent baker. She belonged to the Basilica of St. Mary of the Angels and in recent years became an avid Bills fan. She leaves behind her husband Tom of 51 years; 3 children Tom (Karen) Orcutt of East Greenbush, Micki (Melinda) Orcutt of Olean and Patricia (Paul) Orcutt-Kayes of Olean; 7 grandchildren whom she adored, Nicole Orcutt, Ryan Orcutt, Andrew Orcutt, Eleanor Orcutt, Eli Orcutt, Devin Kayes and Ethan Kayes; 3 sisters Christine Gardner of Kentucky, Becky (Lloyd) Long of Olean and Veronica Martin of Olean; 1 brother George “Boots” Martin of Olean; a brother-in-law Frank Grimes of Knapp’s Creek; a sister-in-law Patricia Martin of Peoria, AZ and many nieces and nephews. In addition to her parents, she was predeceased by 2 brothers Tom Martin and Michael Martin; a sister Betsy Grimes and a sister-in-law Kelly Martin. Friends will be received on Sunday from 1-3 & 6-8pm at the Casey, Halwig & Hartle Funeral Home, 3128 W. State Rd., Olean. A prayer service will be held Monday (August 8, 2022) beginning with a prayer service at 9:30am in the funeral home, followed by a Mass of Christian Burial at 10am at the Basilica of St. Mary of the Angels. Burial will be in St. Bonaventure Cemetery, Allegany. Memorials may be made to Dance Arts Studio, 132 N. Union St., Olean, NY 14760. Online condolences may be expressed at oleanfuneralhome.com.
Print
Sunday
7
August