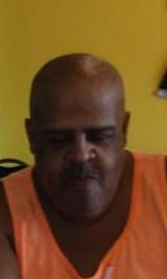 Please share a memory of Jeffrey to include in a keepsake book for family and friends.
View Tribute Book
Jeffrey M. Evans Portville, NY Jeffrey M. Evans, 47, of 212 Prosser Rd., passed away Monday (May 23, 2022) at the Olean General Hospital. Born September 23, 1974 in Olean, he was the son of Jimmy D. Thomas and Diane Evans. For the past 14 years he had been the loving companion of Debbie Horner who survives. Jeffrey attended Olean schools and first drove taxi for various cab companies. He then worked as a truck driver for Jaylor Transport in Belfast. After moving to the Buffalo area, he worked for Illos Piano Restorations until moving back to this area. He then worked for the Angelica Lumber Mill prior to moving back to Olean, his hometown. His family and friends knew him to be a good-humored man who was always making jokes. He was also a Buffalo Bills fan. He leaves behind his significant other, Debbie; 3 children Barbara Brant of Almond, Jeffrey M. Evans, Jr. and James Evans, both of Elmira; 3 grandchildren; his brother Todd Evans of Olean; his sister Christina Thomas of Wellsville; 6 stepchildren Bobbie Jo Coddington of Portville, Christopher (fiancé Tara Fuller) Horner of Bliss, Stacy (Joe) Kauhl and Robert Burlew, Jr., both of Olean, Lindsey Cruz of Buffalo and Ashley (Bradley) Greene of Delevan; 25 step grandchildren and many nieces and nephews. A memorial service is being planned and a date and time will be announced. Arrangements are under the direction of the Casey, Halwig & Hartle Funeral Home, Olean. Online condolences may be expressed at oleanfuneralhome.com.

A Memorial Tree was planted for Jeffrey
We are deeply sorry for your loss ~ the staff at Casey Halwig & Hartle Funeral Home
Join in honoring their life - plant a memorial tree
Services for Jeffrey Evans
There are no events scheduled. You can still show your support by sending flowers directly to the family, or planting a memorial tree in memory of Jeffrey Evans.
Visit the Tribute Store
Print
Online Memory & Photo Sharing Event
Online Event
About this Event