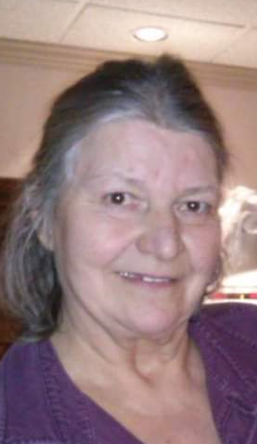 Please share a memory of Peggy to include in a keepsake book for family and friends.
View Tribute Book
Peggy Dieteman Allegany, NY Peggy Dieteman, of 4115 S. Nine Mile Rd., passed away Tuesday (May 24, 2022) at the Bradford Regional Medical Center. Born November 10, 1953 in Olean, she was the daughter of Teresa Dieteman. On May 24, 2008, in a rustic setting on Lippert Hollow Rd. in Allegany, she married Michael Stephan, Sr. who predeceased her October 20, 2012. Peggy was a 1971 graduate of Allegany High School and soon began working for the former Acme Electric in Allegany from 1972 to 2005. She then worked for a couple of years for Lake Erie Tobacco in Killbuck. She enjoyed the outdoors, especially camping and 4-wheeling. She also loved the company of her dogs over the years. She leaves behind a son Bobby (Alicia Tyger) Dieteman of Allegany; 7 grandchildren Keion, Jasmyn, “Little Kenny”, Shelby, Daltyn, Alexandra and Joel; 1 brother Ken Dieteman of Allegany; 2 sisters Kathy (David) Volz and Sally Mattys, both of Allegany; 3 stepsons Billy (Missy) Stephan of Ohio, Mike (Lisa) Stephan, Jr. of Killbuck and Dan Stephan of Salamanca; and many nieces and nephews. She was predeceased by her husband, her mother, and a brother-in-law Dave Mattys. A Celebration of Life gathering is being planned by the family. Burial will be next to her mother and alongside her husband in St. Bonaventure Cemetery. Memorials may be made to Allegany Rescue and EMS, Inc., PO Box 217, Allegany, NY 14706. Arrangements are under the direction of the Casey, Halwig & Hartle Funeral Home, Olean. Online condolences may be expressed at oleanfuneralhome.com.

A Memorial Tree was planted for Peggy
We are deeply sorry for your loss ~ the staff at Casey Halwig & Hartle Funeral Home
Join in honoring their life - plant a memorial tree
Services for Peggy Dieteman
There are no events scheduled. You can still show your support by sending flowers directly to the family, or planting a memorial tree in memory of Peggy Dieteman.
Visit the Tribute Store
Print
Online Memory & Photo Sharing Event
Online Event
About this Event