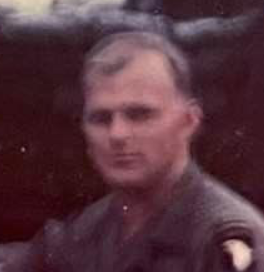 Obituary of Sherman B. Neal

Please share a memory of Sherman to include in a keepsake book for family and friends.
View Tribute Book
Sherman B. Neal "SOLDIER FOR LIFE” Amity, NY Sherman B. Neal, 76, of 5608 County Rd. 31A, was welcomed into his Savior’s arms on Tuesday (March 1, 2022) at his home, with his loving family by his side. Born June 12, 1945 in Keeneyville, PA, he was the son of Harold M. and Lena May Rice Neal. On December 24, 1964 in Ft. Gordon, GA he married Bonnie L. Bish who survives. Sherman attended high school in Olean and then enlisted in the US Army in 1964. His 11 years of active duty included service in the Vietnam War. He further went on to serve his country in Korea and two tours duty in Germany. He was assigned to several different units including the 101st Airborne Division and was discharged honorably in 1975. He continued his serve as a member of the New York Army National Guard for an additional 11 years. He began working for Stroehmann Bakery in Olean and retired after 27 years. Sherman was a member of the Maplehurst Baptist Church, was an avid Buffalo Bills fan, and was a lifetime member of the Wellsville American Legion Post 70. His hobby was in researching family genealogy. Surviving are his wife Bonnie of 57 years; 7 children Dorrie (Jay) Taylor of Mechanicsburg, PA, Kevin (Patsy) Neal of Olean, Lisa Neal of Denver, CO, Heather (Christopher Blade) Bailey of Amity, Edward (Amber Hill) Neal of Covington, PA, Robert (Pam) Neal of Popular Bluff, MO and Elizabeth (Jason Leese) Seymour of Hinsdale; 11 grandchildren Joshua, Jessica, Steven, Lena Mae, Benjamin, Lyndsey, Sara Ann, Cora-Beth, Rylee, Benjamin and Madelyn; 10 great grandchildren Abigayle, Aurora, Amelia, Vinton, Phoebe, Delilah, Colton, Odessa, Lucy and Milo; 3 brothers Lester Neal of Myrtle, PA, Mason (Joyce) Neal of Elgin, IL and Elmer (Bonnie) Neal of Tioga Junction, PA; 1 sister Myrtilla Dougherty of Niagara Falls; 1 adopted sister Patricia Keller and numerous nieces, nephews, and in-laws. He was predeceased by his parents; 1 brother James Neal and 1 adopted sister Hazel Paul. The family will be present to receive friends on Saturday (March 5, 2022) from 10am to 1pm at the Casey, Halwig & Hartle Funeral Home, Olean. A funeral service will begin at 1pm in the funeral home. Rev. Terry Jenks, pastor of the Maplehurst Baptist Church, will officiate. In lieu of flowers, the family requests that memorials be made to the Wounded Warrior Project. Online site is woundedwarriorproject.org. Online condolences may be expressed at oleanfuneralhome.com.
Print
Saturday
5
March