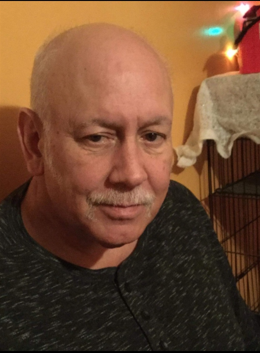 Please share a memory of James to include in a keepsake book for family and friends.
View Tribute Book
James E. “Jim” Morris, Sr. Olean, NY James E. “Jim” Morris, Sr., 60, of 328 N. 6th St., passed away Sunday (January 2, 2022) at his home, after a lengthy illness. Born August 9, 1961 in Olean, he was the son of Merle and Gloria Worters Morris. James attended school in Olean and then moved to Bluefield, West Virginia where he owned and operated Casa Di Pizza for several years. He later moved to South Carolina and continued as a restauranteur for Antonio’s Italian Eatery in North Augusta. He moved back to Olean in 2018. He loved the ocean and enjoyed his yearly visits with family to Topsail Island in North Carolina. He was also a Buffalo Bills fan. He leaves behind 4 children Jillaina (Stephen) Guay of Olean, James “Jimmy” (Shara) Morris, Jr. of Bluefield, West Virginia, Bridgette Morris of Beckley, VA, and Twilight Coleman of Taiwan; several grandchildren; 2 sisters Judy Morris of Sheridan and Cindi Rauh of Olean and nieces and nephews. He was recently predeceased by a sister Susan Polk on December 8, 2021 and a brother-in-law James Rauh on November 26, 2021. A Celebration of Life service will be held Saturday (January 8, 2021) at 1pm at the Casey, Halwig & Hartle Funeral Home, 3128 W. State Rd., Olean. Deacon Matt Wenke, of the Basilica of St. Mary of the Angels, will officiate. Memorials, if desired, may be made to a charity of the donor’s choice. Online condolences may be expressed at oleanfuneralhome.com.
Saturday
8
January

Share Your Memory of
James
Upload Your Memory View All Memories
Be the first to upload a memory!
Share A Memory
Send Flowers
Plant a Tree