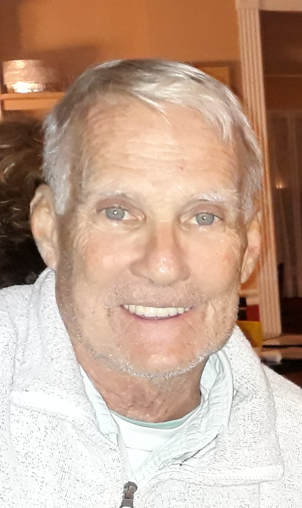 Please share a memory of William to include in a keepsake book for family and friends.
View Tribute Book
William J. Quinlan Olean, NY William J. Quinlan, 79, of Olean, and a winter resident of Northern Florida, passed away Wednesday (November 24, 2021). Born April 18, 1942 in Olean, he was a son of Daniel L. and Carmelita Gill Quinlan. He was first married to Karen Sampson with whom he had two children, Kirstin and William Jon. He later married Barbara Long with whom he has 2 children Ryan Strader and Thomas Quinlan. For the past 20 years he had enjoyed a loving relationship with Mary George. Bill was a 1960 graduate of Olean High School and went on to graduate from St. Bonaventure University with a B.A. in History. During college and after graduation, he worked at Dresser Clark Co. He later worked as a Cattaraugus County Probation Officer. He was elected to the Olean City School Board in the 1970’s, for which he later served as president. He later owned an insurance agency. From 1979 to 2001, he served as Assessor for the City of Olean. In 2001 he was elected as Mayor of Olean, following a primary election postponed by the September 11, 2001 terrorist attacks. He deeply loved Olean and considered serving as Mayor as perhaps the greatest honor bestowed on him in his lifetime. Bill was an optimistic and empathetic person with a large family and innumerable friends who will remember him for his quick wit and irreverent sense of humor. He was an avid outdoorsman who especially enjoyed spending time cutting firewood and roaming the family lands on a hilly tract south of Olean which was the former site of the Quinlan Brothers Oil Company (aka “the Lease:”). Bill engaged in various sports pastimes, including downhill and cross-country skiing, racquetball, trap shooting and golf. He was an inveterate reader, particularly history, and appreciated classical music. In later years, Bill enjoyed retirement, spending most of the year at his home on Maple Street. Along with his partner Mary “Maria” George, and their animal companions, they set out in their RV, often wintering in Saint Augustine, Florida. Bill is survived by his loving companion Mary; 4 children Kirstin Lee (James) Brown of Franklinville, William Jon (Kyle Low) Quinlan of Los Angeles, CA, Ryan Strader of San Jose, CA and Sgt. Thomas Edward Quinlan (US Army Airborne) of Ft. Bragg, NC; 2 grandchildren of whom he was very proud, Kelsey Brown of Queens and Shannon Brown of Rochester; a brother Daniel Edward (Linda) Quinlan of Richmond, VA, nephew Sean Quinlan of Richmond, VA, niece Cristen Quinlan of Midlothian, VA and numerous cousins. In addition to his parents, he was predeceased by a niece, Megan Quinlan. A memorial visitation will be held on Thursday, December 16 from 3-7 PM at the Casey, Halwig & Hartle Funeral Home, 3128 W. State Rd., Olean. A memorial mass will be held on Friday, December 17, 2021 at 10 AM at the Basilica of St. Mary of the Angels Church, immediately followed by burial at St Bonaventure Cemetery. In lieu of flowers, please consider donating to the Cattaraugus County SPCA, 2944 Olean Hinsdale Rd., Olean, NY 14760, the Empire Animal Rescue Society (empirerescue.org located in Salamanca), or to the Salvation Army, 310 E State St, Olean, NY 14760. Online condolences may be expressed at oleanfuneralhome.com.
Print
Thursday
16
December