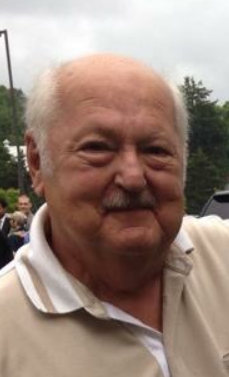 Please share a memory of Thomas to include in a keepsake book for family and friends.
View Tribute Book
Thomas E. Appleby Allegany, NY Thomas E. Appleby, 86, of Allegany, passed away Monday (December 6, 2021) at his home after a short illness. Born July 1, 1935 in Olean, he was the son of Laurence D. and Mona A. Murphy Appleby. On October 27, 1962 in Bolivar, he married Donna M. Smith who survives. Tom was a 1954 graduate of Portville Central School. He later served in the US Army during the Korean War from 1958 to 1960. He began his banking career with the former Public Loan Co, Inc. in Olean. He then started working for First Trust Union Bank in Wellsville. After transferring to the Olean office in 1975, he was promoted to Vice President. He retired from the Indirect Loan Dept at Community Bank NA in 2005. Tom was a member of the former Allegany Presbyterian Church. He was a longtime member of the Portville and Bolivar Masonic Lodges. He enjoyed playing in bowling leagues, never missed a Buffalo Bills game, and was a regular at local stock car races. He had an uncanny love of cars. He leaves behind his wife Donna with whom he was married 59 years; 2 daughters Michele (Thomas) Arnold of Olean and Karin Appleby of Allegany; 4 grandchildren Jaclyn (Donald) Kuhn of Livingston, TN, Kathleen (Adam) Phillips of Williamsville, Melanie Arnold of Olean and Joseph Arnold of Allegany; 1 great grandson Henry T. Phillips; 2 sisters Mima Carroll of DeBary, FL and Linda (James) Berko of Longwood, FL; 1 brother Charles (Carole) Appleby of Springfield, OH and several nieces and nephews. He was predeceased by 2 brothers William Appleby and Gerald Appleby and 2 sisters Beverly Prindle and Nancy Kantner. A Celebration of Life service is being planned for a later date and will be announced. Burial will be in Maple Lawn Cemetery, Bolivar. Memorials may be made to the Cattaraugus County SPCA, 2944 Olean-Hinsdale Rd., Olean, NY 14760 or to the Allegany EMS, Inc., 10 N. 1st St., Allegany, NY 14706. Arrangements are under the direction of the Casey, Halwig & Hartle Funeral Home, Olean.

Look inside to read what others have shared
Family and friends are coming together online to create a special keepsake. Every memory left on the online obituary will be automatically included in this book.
View Tribute Book
Services for Thomas Appleby
There are no events scheduled. You can still show your support by sending flowers directly to the family, or planting a memorial tree in memory of Thomas Appleby.
Visit the Tribute Store
Share A Memory
Send Flowers
Plant a Tree