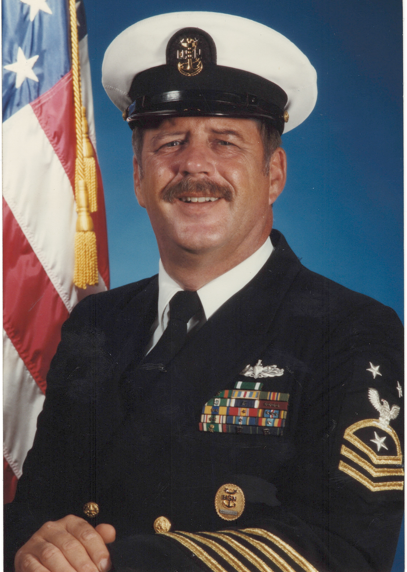 Please share a memory of Philip to include in a keepsake book for family and friends.
View Tribute Book
Olean, NY Philip L. Balcerzak, Sr., 74, of 310 E. Oak St., passed away Tuesday (November 9, 2021) at the Olean General Hospital after a short illness. Born July 28, 1947 in Olean, he was the oldest of 6 children born to Felix A. and Elizabeth A. Donnelly Balcerzak. Elizabeth later married John Mullen who was a caring and loving stepfather. Philip attended St. John Parochial School in Olean, later graduating from Archbishop Walsh High School in 1965. He worked in the Olean area for a few years before enlisting in the US Navy in 1972. He spent the next 31 years serving his country and retired in 2003 after a distinguished career. He rose to the rank of MCPO E-9 and served most of the time as an advocate for the needs of enlisted personnel. The duties fit him perfectly because his natural desire and talent was to see to it that people, especially his own family, were taken care of. He also had ship-board expertise in early technology and helped with the design of future computer rooms on all the ships. Most gratifying to him was as an instructor in the Navy’s Data Systems and having improved the curriculum. In part, that earned him “Sailor of the Year” by the Navy. By the end of his career, he had visited over 40 countries, and had received dozens of medals and commendations from not only the Navy, but also NATO, the government of Kuwait and the U.S. Coast Guard. He was stationed in Norfolk, VA for many of his active-duty years. While stationed in California, he helped establish a drug and alcohol abuse program to help fellow sailors. After his retirement, he worked at Science Applications International Corporation as a Senior Analyst for Combat Systems Maintenance and Logistics. Philip was a regular communicant of the Basilica of St. Mary of the Angels since his return to Olean in 2019. Years ago, he was instrumental in bringing the now newly restored Phantom F-4 jet to the Hinsdale American Legion. He belonged to the Pulaski Club, the Olean Elk’s Lodge, the St. Stephen’s Club, and the Hinsdale American Legion. He was an avid Buffalo Bills fan, NY Yankees fan, and Penn State football fan. He also loved playing golf in his retirement. Most important to him was his love and care for his family, and especially spoiling his grandchildren. He is survived by 7 children Julianne (Jeff) Dodson of Tobaccoville, NC, Christine Edwards of Vinton, VA, Valerie (Ronald) Shaw of King, NC, Betsy (Adam) Dickerson of Norfolk, VA, and Courtney Balcerzak, Philip L. Balcerzak, Jr., and Brianna Balcerzak, all of Virginia Beach, VA.; 8 grandchildren; 5 siblings Phyllis Washburn of Olean, Stephen (Karen) Balcerzak of Olean, Rita (Ron) Williams of Allegany, Marcia (Patrick Stavish) Martinez of Olean and Mark Balcerzak of Olean; 1 aunt Anna Lee Donnelly of Olean and many nieces and nephews. He was predeceased by his parents and stepfather. Friends will be received on Sunday from 4-7pm at the Casey, Halwig & Hartle Funeral Home, 3128 W. State Rd., Olean. Funeral services will be held Monday (November 15, 2021) beginning with a prayer service at 9:00am in the funeral home, followed by a Mass of Christian Burial at 9:30am in St. John’s Church. Burial, with full military honors, will be in St. Bonaventure Cemetery. Memorials, if desired, may be made to the Cattaraugus County SPCA, 2944 Olean Hinsdale Rd., Olean, NY 14760, or to ‘Colt 45 Strong’, C/O Jennifer Williams, P.O. Box 182, Allegany, NY 14706. Online condolences may be expressed at oleanfuneralhome.com.
Sunday
14
November