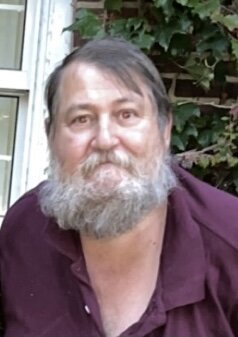 Please share a memory of Paul to include in a keepsake book for family and friends.
View Tribute Book
Allegany, NY - Paul R. Cleveland passed away unexpectedly Thursday (November 4, 2021) at the Olean General Hospital. Born August 29, 1959 in Olean, he was the son of Robert and Alberta Clute Cleveland. On August 17, 2013 at the Allegany American Legion, he married Charlene Dawson who survives. Paul was a 1977 graduate of Olean High School and then enlisted in the National Guard. He retired in July of 2014 working for the Cattaraugus County Nursing Home as a mechanics supervisor. He continued to be a supervisor for the Allegany Recreation Department where he touched the lives of many kids for over 30 years while also coaching T-Ball and softball. In his free time, he enjoyed hunting and fishing at his camp with his son, traveling, watching the Miami Dolphins and attending vendor shows. He especially enjoyed playing cards with his lifelong best friend Michael Hopkins and attending all of his kids and grandkids events. Paul was a man with a caring and charismatic personality who enjoyed being around everyone. In addition to his wife, he is survived by his children Christopher Cleveland of Olean, Jennifer Margeson of Allegany, Shawn McClory of Arcade, Aaron( Samantha) McClory of Franklinville,Katie ( Stephan) Preston of Englewood, FL and Sean( Abbey) Robertson of Indiana; 8 grandchildren Jenna Margeson of Allegany, Elisa McClory of Eden, Tayden Margeson of Allegany, Madacyn McClory of Franklinville, Jaydalyn Margeson of Allegany, Katie McClory of Arcade, Dawson McClory of Franklinville, and Harper Rae Campbell- Cleveland of Olean; 3 siblings Jane (David Beverly) Cleveland Freeman of Auburndale, FL, Rosemary Cleveland Lundy of Olean, and Robert (Sandy) Cleveland of Olean; a son-in-law Tony Margeson of Allegany and several nieces and nephews. The family will be present to receive friends on Tuesday (November 9, 2021) from 4-7 pm at the Casey, Halwig & Hartle Funeral Home, 3128 W. State Rd., Olean. A time of sharing memories will be held at 6:30 pm. A memorial service of Paul’s life will be held in the spring. Memorials if desired can be made to the American Diabetes Association, 4955 N Bailey Ave, Suite 217, Amherst, NY 14226 and the Allegany Recreation Department, 52 W Main St, Allegany, NY 14706. Online condolences may be expressed at oleanfuneralhome.com.

A Memorial Tree was planted for Paul
We are deeply sorry for your loss ~ the staff at Casey Halwig & Hartle Funeral Home
Join in honoring their life - plant a memorial tree
Services for Paul Cleveland
There are no events scheduled. You can still show your support by sending flowers directly to the family, or planting a memorial tree in memory of Paul Cleveland .
Visit the Tribute Store
Print
Online Memory & Photo Sharing Event
Online Event
About this Event