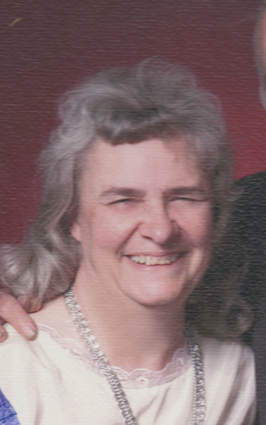 Please share a memory of Oria to include in a keepsake book for family and friends.
View Tribute Book
Oria L. Karroach Allegany, NY Oria L. Karroach, of Allegany passed away Thursday (October 14, 2021) at Absolut Care of Allegany after a battle with multiple myeloma. Born November 11, 1944 in Warsaw, NY she was the daughter of Charles W. and Gloria L. Matteson Bauer. On June 17, 1967 at St. Mary’s Church in Batavia she married Thomas J. Karroach who passed away September 16, 2016. Oria graduated from high school in Oakfield in 1966. She used to play the organ at her childhood church. She went on to receive a business degree from Bryant and Stratton College in Buffalo. She first worked at St. Jerome’s Hospital in Batavia and later moved to Allegany in 1966 where she worked for Clark Bros. for a short time. For close to 50 years, she sold Stanley Home Products and had built up a loyal customer base. At the age of 18 she joined the Rebekahs, which originally was a branch of the Independent Order of Odd Fellows. She remained a solid member all her life and held many offices. She enjoyed the many friendships she developed at lodge meetings and regional conferences. Along with her husband Tom, she enjoyed bowling, and she also enjoyed doing embroidery and needlework. She leaves behind a son James (Cindy) Karroach of Allegany; a daughter Ann (Liz Edwards) Travis of Olean; 5 grandchildren Amanda Travis, Angela Travis, Brittney Karroach, Jason Karroach and Courtney Karroach; a daughter-in-law Marcie Karroach; 2 sisters Cheryl (Gary) Heim of Clarksville, TN and Gail (Patrick) Gast of Felton, PA; a brother Albert (Tina) Bauer of Boston, NY; a brother-in-law Gerald Karroach of Allegany and several nieces and nephews. In addition to her husband Tom, she was predeceased by a son Joe Karroach on July 9, 2003 and 3 siblings Terrence Bauer, Karen Wawrzyniak and Lesley Bauer. Friends will be received on Sunday from 1-4pm at the Casey, Halwig & Hartle Funeral Home, 3128 W. State Rd. Olean. Visitation will continue Monday (October 18, 2021) from 10am until 11am at which time a funeral service will be held. Rev. Al Batt, associate pastor of Believer’s Chapel in Olean, will officiate. Burial will be in St. Bonaventure Cemetery. Memorials may be made to the American Cancer Society to fight multiple myeloma, or to a charity of the donor’s choice. Online condolences may be expressed at oleanfuneralhome.com.
Print
Sunday
17
October