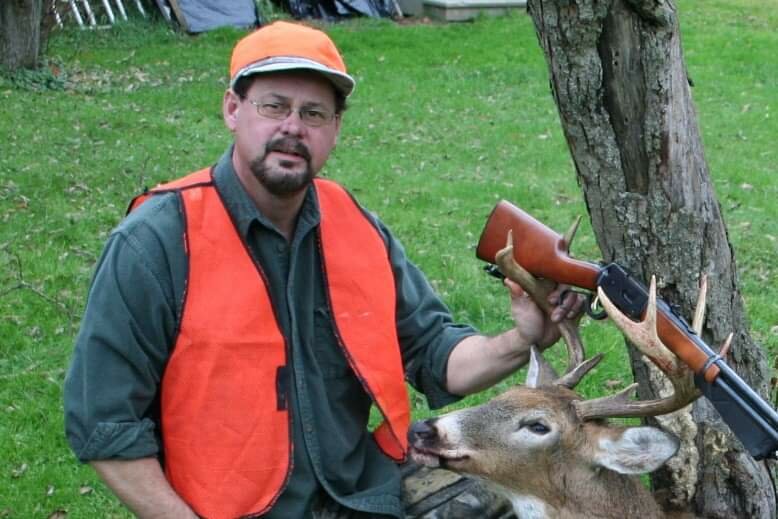 Please share a memory of Gary to include in a keepsake book for family and friends.
View Tribute Book
A Celebration of Life service will be held for Gary E. Shreve on Saturday (October 23, 2021) at the Casey, Halwig & Hartle Funeral Home, 3128 W. State Rd., Olean. The family will receive friends from 11am until time of service at noon. Burial will be in Lamphier Cemetery, Eldred, PA. Gary E. Shreve Allegany, NY Gary E. Shreve, of S. Cooper Hill Rd., passed away Tuesday (October 12, 2021) at his home, after battling an illness. Born October 6, 1960 in Olean, he was the son of Beverly Hoak Easton and Richard Inman. Gary lived most of his life in the Olean area and resided in Allegany for the past number of years. He worked for several different companies in Olean, including the Old Library Restaurant and the Olean YMCA. He traveled from Olean to Buffalo to work for Canisius College, which was a job he truly enjoyed. He then worked in maintenance at Olean General Hospital, and then for Olean General Health Care Services until he stopped working due to ill health. He was an avid outdoorsman and was especially passionate about hunting, including the preparation of the ammunition, the tree stand, and the necessary hunting equipment. He was also a capable builder and had tremendous woodworking skills. He leaves behind his 2 daughters Crystal Weber and Brandy Heiser; one son Gary E. Shreve, Jr.; 5 grandchildren Derick Weber, Aubrianna Weber, Avory Pollack, Nadia Shreve and Iris Shreve; 1 great granddaughter Sophia Weber; 8 brothers and sisters Ernest (Ann) Hoak, Richard Shreve, Debra Oakes, Alfred (Janet) Easton, Gail Babb, Kevin (Nancy) Easton, Sheila Fuller and Kevin Davison and many nieces and nephews. He also leaves behind a longtime special friend, Joanie Rogers of Olean. A Celebration of Gary’s life is being planned and will be announced soon. It will take place at the Casey, Halwig & Hartle Funeral Home, Olean. The family suggests memorials be made to Roswell Park Cancer Institute, 665 Elm St, Buffalo, NY 14203. Online condolences may be expressed at oleanfuneralhome.com.

Look inside to read what others have shared
Family and friends are coming together online to create a special keepsake. Every memory left on the online obituary will be automatically included in this book.
View Tribute Book
Services for Gary Shreve
There are no events scheduled. You can still show your support by sending flowers directly to the family, or planting a memorial tree in memory of Gary Shreve.
Visit the Tribute Store

Share Your Memory of
Gary
Upload Your Memory View All Memories
Be the first to upload a memory!
Share A Memory
Send Flowers
Plant a Tree