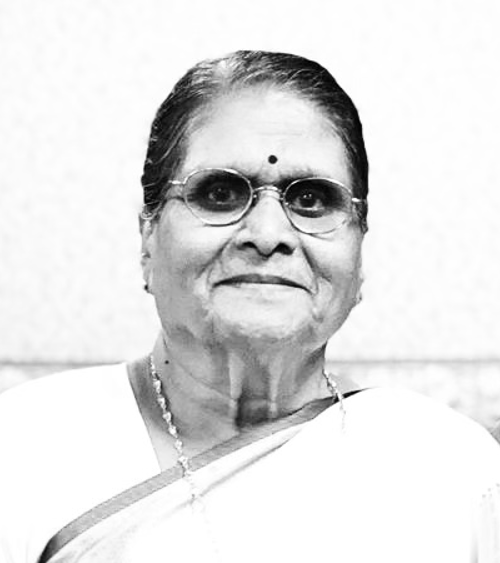 Obituary of Nandini B. Kotmire

Please share a memory of Nandini to include in a keepsake book for family and friends.
View Tribute Book
Nandini Balwant Kotmire Allegany, NY Dr. (Mrs.) Nandini Balwant Kotmire passed away peacefully at her daughter’s residence in Allegany, NY on September 25th, 2021 surrounded by close family and friends. She was born May 5th, 1939 in Indore, India to Rakhamaji Rao and Annapurnabai Phanse. She grew up in Indore, India and married Dr. Balwant Laxman Kotmire there in 1966. Her husband preceded her in death in 1996. A 1965 graduate of MGM Medical College, Indore, India, Nandini moved to Belgaum, Karnataka where her husband was a Professor of Hindi. She further completed her MD degree in Human Physiology in 1977 from Karnatak University, Dharwad, India. Dr. Kotmire served in the Department of Human Physiology at JN Medical College, Belgaum, India for 20 years before retiring as Professor. She had a generous heart and her home was always open to her students to visit and get a meal. She also helped some of them through personal hardships. They all fondly remember and miss her today all over the world. She was an active participant of Brahmakumaris and faithfully lived their philosophy till her last breath. During the last few years she lived with her daughter Sushama in Allegany, NY. She actively participated in activities and festivals of the Hindu Society of Olean and Allegany. She loved music, dance arts, knitting and cooking. Surviving are her three children, a daughter Sushama Kotmire(Srinivas) Thandla of Allegany NY; sons Shirish (Vrushali) Kotmire of Mumbai and Girish Kotmire of San Diego, CA. Grand children Rahul (Ooha) Thandla, Rajiv Thandla, Shilpa Thandla of Allegany, NY and Shashank Kotmire of Mumbai; brothers Ramesh (Sarita) Phanse of Mumbai; Narayan (Sunita) Phanse of Mumbai; Bhagirath (Sunita) Phanse of Indore, sister Anita (Anil) Holkar of Indore; sisters-in-law Shakuntala Phanse and Shobha Phanse of Indore. She also leaves behind several loving nephews, nieces and their children in the US and India. In accordance with her wishes her last rites by Hindu tradition followed by cremation was performed on September 25th, 2021. Funeral arrangements were made under the direction of Casey, Halwig and Hartle Funeral Home, Olean. Online condolences may be sent to oleanfuneralhome.com.

Look inside to read what others have shared
Family and friends are coming together online to create a special keepsake. Every memory left on the online obituary will be automatically included in this book.
View Tribute Book
Services for Nandini Kotmire
There are no events scheduled. You can still show your support by sending flowers directly to the family, or planting a memorial tree in memory of Nandini Kotmire.
Visit the Tribute Store
Share A Memory
Send Flowers
Plant a Tree