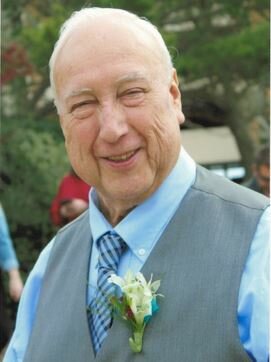 Please share a memory of Ronald to include in a keepsake book for family and friends.
View Tribute Book
Allegany, NY. Ronald F. Lemon, 79, of Allegany, passed away unexpectedly Friday (September 24, 2021) at Absolut Care of Aurora Park in East Aurora, after a short illness. Born December 29, 1941 in Olean, he was the son of Fred H. and Bertha D. Warrior Lemon. On May 1, 1965 at St. John’s Lutheran Church in Allegany, he married the love of his life, Lorraine L. Keifer, who predeceased him August 15, 2007. Ron was a 1960 graduate of Allegany Central School. He began work out of high school with Dresser Clark Co. and had 36 years of employment as an office clerk on the production floor until retiring in 1996. In 1990, he established Ron’s Smoke Shop in Vandalia and sold the business in 1999. He served in many elected and volunteer positions, and in 1968 was elected as Allegany Town Justice until 1982. He served on the Seneca Nation’s Peacemaker's court, was a longtime member of the Olean Masonic Lodge, and belonged to several other local social clubs. For over 50 years he was an active member of the Allegany Volunteer Fire Department, recently serving as a Commissioner, and on its Executive Board. Ron was also a lifetime member of the Allegany Sons of the American Legion. He leaves behind 2 daughters, Cynthia (Jonathon) Lemon-Scott of Myrtle Beach, SC and Sherry (Charles Kyser) Lemon of Olean; 2 grandchildren Mark (Michelle) Lemon and Amber (James) Bigelow; 3 great-grandchildren Leland, Macy and Alice, and many nieces and nephews. In addition to his wife, he was predeceased by his son Richard Lemon in 1994, and six siblings, Winifred Stier, Calvin Lemon, Lucille Neporadny, Frank Lemon, Robert Lemon and Helen Monroe. The family will be present to receive friends on Wednesday from 2-4 & 7-9pm at the Casey, Halwig & Hartle Funeral Home, 3128 W. State Rd., Olean. Visitation will continue Thursday (September 30, 2021) from 10am until time of services at 11am in the funeral home. Rev. Derek Cheek, pastor of St. John’s Lutheran Church, will officiate. Burial will follow in Allegany Cemetery. Memorials may be made to the Allegany American Legion Post 892, 4350 Route 417, Allegany, NY 14706, or to the Allegany Engine Co., Inc., 188 W. Main St., Allegany, NY 14706.
Print
Wednesday
29
September