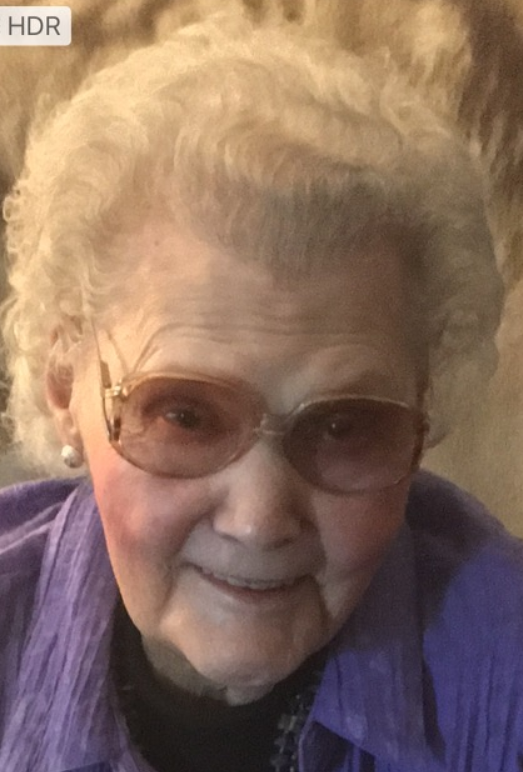 Please share a memory of Margaret to include in a keepsake book for family and friends.
View Tribute Book
Margaret L. “Pat” Wolfe Allegany, NY Margaret L. “Pat” Wolfe, 97, passed away Friday, September 10, 2021 at the Olean General Hospital, in the loving comfort of her family, after a brief illness. Born July 18, 1924 in Jamestown, she was the daughter of Jay F. and Vesta Hill Howe. She married the love of her life, Edward B Wolfe in 1962 and was married for over 30 years until his death in 1993. Pat was a graduate of Bradford Area High School and lived her early years in the Bradford area. As a young woman, she moved out west where she lived for several years, both in Phoenix, Arizona and Pueblo, Colorado. Pat often spoke of moving back to Phoenix for the warm weather and “real authentic Mexican food”. Upon returning to the Allegany area, she worked in the accounting/circulation department of the Olean Times Herald for over 30 years, retiring in 1987. She had many friends at work, including her good friend, Rose Pappas. Aside from work, she enjoyed life to its fullest. She loved to go dancing, socializing at the Allegany Legion and playing at the casino. More recently, she enjoyed watching TV (especially comedies & westerns) & her daily card playing with her daughter. Pat was a vibrant woman who was full of life and truly lived for the day. She liked the phrase “Live each day and make it your masterpiece”. Pat had many stories that gave understanding and connection to anyone who knew her. She could turn a tragic personal experience into helpful advice, or simply provide comfort to anyone who needed it – often with a sense of humor somewhere within the conversation. Pat often spoke about the loving influence her father Jay had on her, calling him her “ace in the hole” and passed this feeling of security on to her daughter. She loved her animals, and for many years raised AKC registered German Shepherds. She had a special connection with all her animals and leaves behind her furry companion kitty Katanna. Pat was an enrolled member of the Seneca Nation, Heron Clan, and at age 97, was the oldest living member on the Allegany territory. She was also a longtime member of the Allegany American Legion Auxiliary. Pat is survived by a son Gary Gunton of Allegany; a daughter Elizabeth (Sharon Hannah) Wolfe of Allegany; grandchildren Harvey (Wendy Colley) Hartburg, III of Allegany; Craig (Colleen) Hartburg of Scottsville, VA; Mark (Sonya) Hartburg of Stow, OH; Michele (William “Billy” Williams) Hartburg of Bradenton, Fl; Amy (Chet) Siddle of Freedom; Robert Gunton of Olean and Toma Gunton of Millington TN; several great grandchildren and great-great grandchildren; 3 Stepsons, Fritz Wolfe of Eldred, Pa; Stanley Wolfe of Smethport Pa, Kurt Wolfe of Smethport, Pa and a very special friend Sally Giesler, Erie Pa. In addition to her husband Edward, Pat was predeceased by a son, Harvey Hartburg II, and great grandsons MJ Hartburg, and Coda Hartburg, and her very special friend Lois Wolfe. At Margaret’s request, no visitation or funeral service is being scheduled. Memorials may be made to the Cattaraugus County SPCA or St. Jude Children’s Research Hospital, 501 St. Jude Place, Memphis, TN 38105. Arrangements are under the direction of the Casey, Halwig & Hartle Funeral Home, Olean. Online condolences may be expressed at oleanfuneralhome.com.

A Memorial Tree was planted for Margaret
We are deeply sorry for your loss ~ the staff at Casey Halwig & Hartle Funeral Home
Join in honoring their life - plant a memorial tree
Services for Margaret Wolfe
There are no events scheduled. You can still show your support by sending flowers directly to the family, or planting a memorial tree in memory of Margaret Wolfe.
Visit the Tribute Store
Print
Online Memory & Photo Sharing Event
Online Event
About this Event