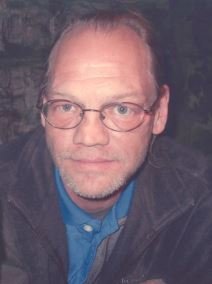 Olean, NY     John M. Crawford, Jr. of 714 W. Green St. passed away Saturday (May 18, 2019) at his home after a courageous battle with chronic obstructive pulmonary disease.

John began work at the Olean Center Mall in 1993 and worked 26 years before his retirement as head of maintenance.

He enjoyed watching western movies and the prime time television shows.  He liked to spend time at woodcarving and was a huge Elvis Presley fan.  What he most enjoyed was hanging out with his grandchildren, especially Kloey and Liam.

He was predeceased by his parents and a brother Edward Crawford in 1977.

Memorials may be made to Homecare and Hospice, 1225 W. State St. Olean, NY 14760.  Online condolences may be expressed at oleanfuneralhome.com.

Services for John Crawford
There are no events scheduled. You can still show your support by sending flowers directly to the family, or planting a memorial tree in memory of John Crawford.
Visit the Tribute Store
Print
Share A Memory
Send Flowers