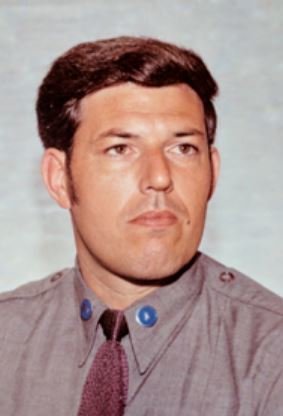 Born November 5, 1941 in Patterson, NY he was the son of Joseph and June Clair Menter.  On October 12, 1963 in Olean he married Dorothy "Dodie" Bell who survives.

As a youth Bob excelled as a pitcher for Little League baseball and later was a 1959 graduate of Olean High School.  He enlisted in the US Navy where he served aboard the USS Yellowstone in the Mediterranean Sea.  After his service he worked for Stroehmann's Bakery.  He then worked for 27 years as a NYS Trooper, principally with Troop A out of the Olean and Allegany barracks, retiring in 1991.  While still active as a trooper, and later in retirement, he worked off and on for 10 years for Austin Security.

He was an avid bowler, fisherman, pool player and he enjoyed playing cards.

The family will receive friends at the Casey, Halwig & Hartle Funeral Home, 3128 W. State Rd. Olean on Sunday (October 1, 2017) from 11am to 2pm.  Services will follow at 2pm in the funeral home with JoAnn Williamson officiating.  Burial will be in Allegany Cemetery.

In lieu of flowers, memorials may be made to the Association of Former New York State Troopers, Inc., Allegheny Mountains Chapter, 4219 S. Nine Mile Rd. Allegany, NY 14706 or to the Alzheimer's Association of WNY, 2805 Wehrle Dr., Ste 6, Williamsville, NY 14221.

Services for Robert Menter
There are no events scheduled. You can still show your support by sending flowers directly to the family, or planting a memorial tree in memory of Robert Menter.
Visit the Tribute Store

Share Your Memory of
Robert
Upload Your Memory View All Memories
Be the first to upload a memory!
Share A Memory
Send Flowers