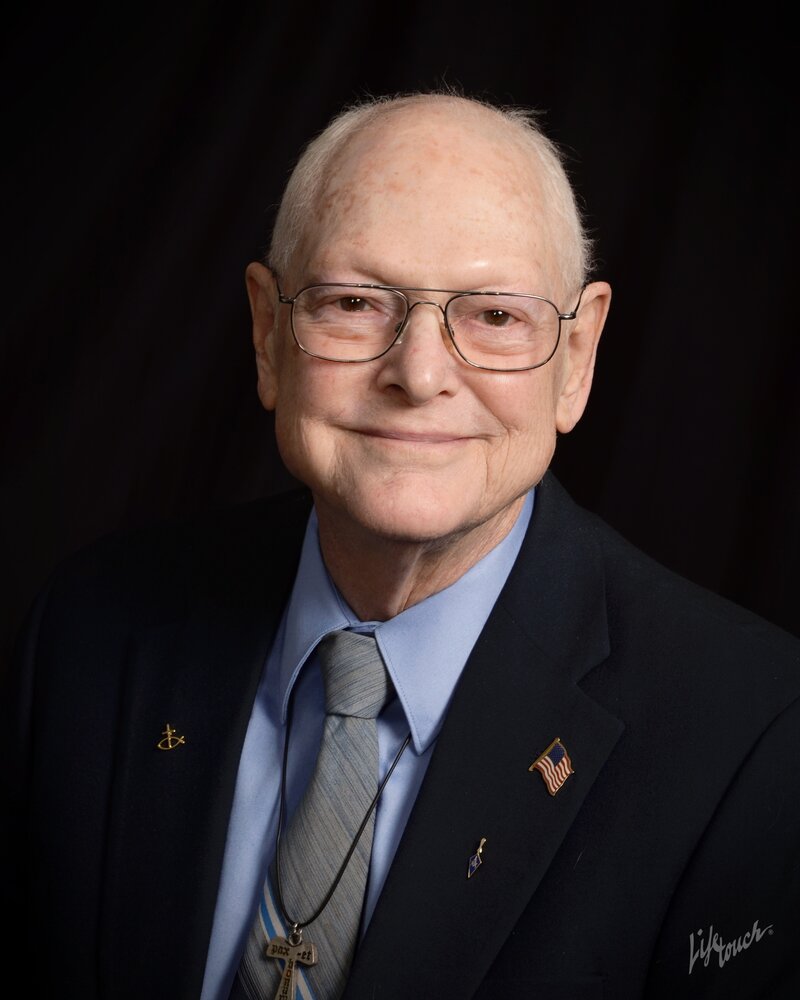 Please share a memory of Eugene to include in a keepsake book for family and friends.
View Tribute Book
Eugene “Gene” C. Preston Duke Center, PA On December 1, 2021, Eugene “Gene” C. Preston was called home by his Lord and Savior Jesus Christ. Gene was born on October 19, 1930, in Richmond Hill, Queens, NY. He was the son of Edwin V. and Ester H. (Brace) Preston. On June 11, 1955, he married the love of his life, Charlotte H. (Horlbeck) Preston in Ridgewood, NJ. Gene served his country in Korea as a Sergeant, Electrician Specialist with the 64th Tank Battalion of the US 3rd Army from 1952 to 1954. After his service, he graduated from Lafayette College in Easton, PA, with a B.S. in Mechanical Engineering. While at Lafayette College, he was a member of the swim team. Gene worked for several engineering companies, including Dresser Clark which brought him to the Allegany area. In the late 1970’s, he established his own energy engineering and design business, Amergy Corporation, in Olean, NY. While operating his business, he designed and developed several cogeneration plants along with commercial heating systems and other energy projects. After retirement, he and Charlotte moved to Duke Center, PA. Gene was a lifelong sailor and swimmer. He was a dedicated member of St. John’s Lutheran Church in Allegany where he served as Sunday School Superintendent for many years. Gene also spent many years as a volunteer for the Boy Scouts of America. He served as a Scoutmaster, Committee member, and worked many years improving Elk Lick Scout Reserve. For his devoted service, he received the Silver Beaver award. Gene and Charlotte also served for many years on the Board of Directors of the Cattaraugus Development Corporation. As a tribute to the years they both served, a fund was named in their honor - the “Gene & Charlotte Preston Elderly Housing Assistance Fund”. This fund assists elderly county residents who are at risk of losing their housing. Gene also was a member of the Duke Center Masonic Lodge #555 as well as the Duke Center Lions Club. He enjoyed visiting his neighbors who he considered family. Gene strived to be of service to others and was a dedicated husband, father, grandfather, and great-grandfather. Gene is survived by his wife, Charlotte, and his two children – Elizabeth “Lisa” (Alan) Ward of Cary, NC, and Edwin “Ed” A. (Polly) Preston of New London, PA; five grandchildren - Julia (Jake) Pessia, Tracy Preston, Grant Preston, Karen Ward, and Nick Kuhn; four great-grandchildren - Caleb Pessia, Ellie Pessia, Shelby Preston, and Emma Preston; one sister – Emily Kimball of Zephyrhills, FL; and several nieces and nephews. He was predeceased in death by his parents and nephew, Clifford Thomasset. A Celebration of Life service is being planned, and details will be released at a later date. In lieu of flowers, contributions may be made to the Memorial Fund at St. John’s Lutheran Church, 36 N. 4th Street, Allegany, NY 14706. Arrangements are under the direction of Casey, Halwig, & Hartle Funeral Home, Olean. Online condolences may be expressed at oleanfuneralhome.com.

Look inside to read what others have shared
Family and friends are coming together online to create a special keepsake. Every memory left on the online obituary will be automatically included in this book.
View Tribute Book
Services for Eugene Preston
There are no events scheduled. You can still show your support by sending flowers directly to the family, or planting a memorial tree in memory of Eugene Preston.
Visit the Tribute Store
Share A Memory
Send Flowers
Plant a Tree