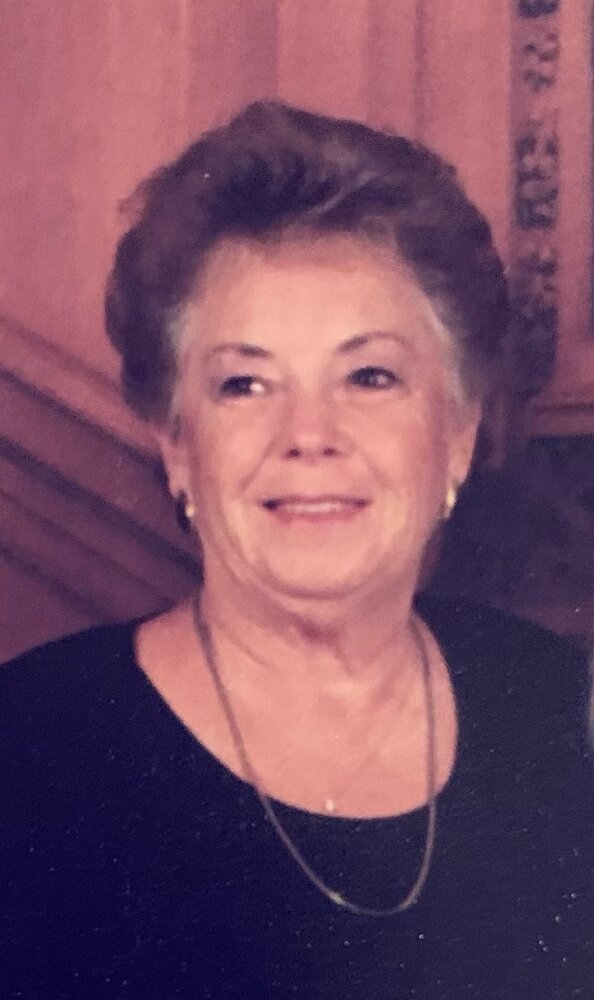 Please share a memory of Jo to include in a keepsake book for family and friends.
View Tribute Book
E. Joan “Jo” Johnston Morristown, TN E. Joan “Jo” Johnston, 89, formerly of Olean, Cuba Lake, and of Haines City, FL, passed away Tuesday (November 22, 2022) at the Heritage Center Nursing Home in Morristown after a lengthy illness. She had resided there for the past 2½ years. Jo was born on February 19, 1933 in Ottumwa, IA, the 6th of 8 children born to Thomas and Madge Thompson Murray. On February 18, 1951 at the Pleasant Home Methodist Church in Ottumwa, she married Orville W. Johnston, Jr. who preceded her in death on May 20, 1998. Jo graduated in 1950 from high school in Blakesburg, IA and later attended classes at Alfred State College and Alfred University. During the latter part of the 1960’s and through the 1970’s she worked at separate times for both schools, primarily as a secretary in the business, facilities, or financial aid offices. In 1979 she began working part-time for Christ United Methodist Church in Olean where she developed its educational programs. In 1982 she purchased the former Budget Print Center in Olean and operated it successfully until selling in 1985. She then began working as a real estate associate with her husband Orv at his business, Coldwell Banker Realtors in Olean until retiring in 1993. During her retirement years she and her husband enjoyed a summer residence at Cuba Lake, and wintering in Haines City, FL. She made that her permanent home in 2000. There she was a member of the Lake Alfred Presbyterian Church. Jo’s strong faith in God was a foundation for all she did. From that faith she was blessed with a strong marriage, 3 well-raised children, and a dedication of service to others. She was a former member of the First Presbyterian Church in Olean and served in various activities including as a deacon, an elder, and as president of the Women’s Association. She also served as a director for the Olean area Camp Fire Association. She loved skiing, reading, camping, crafts, and providing a home for foreign exchange students through Rotary International. She loved traveling with her husband throughout the US and Europe, and Rotary gave them opportunity for further travel in service to others. Through her service to Rotary for many years, she was given its highest honor, the Paul Harris Fellow award. Surviving are 3 daughters Marjorie (Joe) Myers of White Pine, TN, Melody (John Halley) Jones of Haines City, FL, and Eden (Len) Kaszuba of Buffalo; a daughter-in-law Jeanne Johnston of Allegany; grandchildren Owen (Kristy) Johnston, Jeff (Valerie) Johnston, Angela (Jason) Honeck, Kris (Lisa) Jones, Kara (Mike) Jennings, Annie (Les) Walker, Gregg (April) Kaszuba and Mimi (Kevin) Liddy; 15 great grandchildren Evelyn, Orion, Hunter, Ella, Madison, Kennedy, Hudson, Wyatt, Cole, Liam, Hadlee, Emma, Gabby, Tate, and David; 2 sisters Judy Eden and Karon Thompson, both of Iowa and many nieces and nephews. Also surviving is a dear friend and traveling partner Nick Payne of Houston, TX. In addition to her husband, she was predeceased by a son O. Wayne Johnston on November 2, 2021; a great-granddaughter Olivia Johnston; 3 brothers Paul Murray, Marvin Murray and Thomas Murray, Jr., and 2 sisters Mary Eiffert and Marvelle Leffler. The family will welcome friends to a memorial visitation on Saturday (December 10, 2022) from 9am to 10am at the Casey, Halwig & Hartle Funeral Home, 3128 W. State Rd., Olean. A memorial service will begin at 10am in the funeral home with Dr. Anthony Evans to officiate. A private burial service will be in Pleasant Valley Cemetery, Olean. Memorials, if desired, may be made to the Olean Rotary Club, Inc., C/O Cattaraugus Region Community Foundation, 301 N. Union St., Olean, NY 14760, or to the Avalon Hospice, 305 Calvary Dr, Morristown, TN 37813. Online condolences may be expressed at oleanfuneralhome.com.
Saturday
10
December