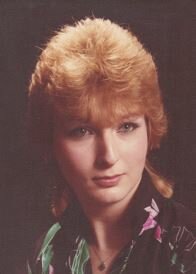 Obituary of Kimberly A. Hart

Please share a memory of Kimberly to include in a keepsake book for family and friends.
View Tribute Book
Kimberly A. Hart Olean, NY Kimberly A. Hart, 55, of 209 W. Green St., passed away Friday (November 11, 2022) shortly after arrival at the Olean General Hospital. Born December 1, 1966 in Olean, she was the daughter of John M. Hart, Sr., and Kathleen Kolasinski Walton. Kimberly attended school in Hinsdale and later graduated from Olean High School. She enlisted in the US Navy and was stationed for 4 years, primarily in the Philippines, from 1986 to 1990 prior to her honorable discharge. She had been employed as a cook for 25 years for the St. Elizabeth Motherhouse in Allegany. She enjoyed her many years there in the company of the Franciscan Sisters. She was enamored of her 2 special dogs Coco and Chico, enjoyed gardening, decorating for Halloween, and was active with the Pink Pumpkin Project, the cause of which was near to her heart. In her earlier years she liked league bowling. She leaves behind her father and stepmother John and Robin Hart of Lewis Run, PA; her stepfather Gary W. Walton, Sr. of Olean; 3 brothers John M. Hart, Jr. of Pensacola, FL, Kyle (Maureen) Hart of Johnson City, TN, and Gary W. (Candace) Walton, Jr. of Salamanca; 3 nieces and 1 nephew Nahla Hart, Isiah Hart, Sara Hart, and Erin Hart, and several aunts, uncles, and cousins. She was predeceased by her mother Kathleen Walton on April 11, 2022. The family will receive friends on Friday (November 18, 2022) from 10am until noon at the Casey, Halwig & Hartle Funeral Home, 3128 W. State Rd., Olean. A celebration of Kimberly’s life will begin at noon in the funeral home. Memorials may be made to the Pink Pumpkin Project, C/O Cattaraugus Region Community Foundation, 301 N. Union St., Olean, NY 14760.
Friday
18
November