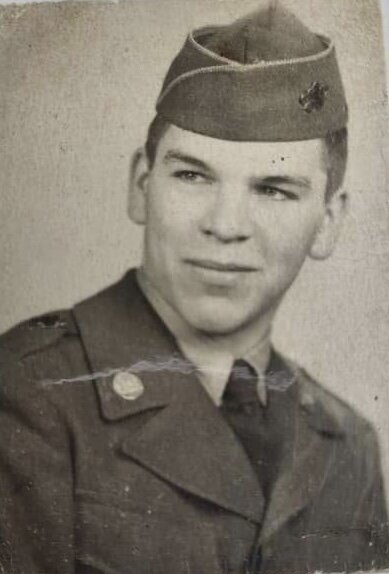 Please share a memory of Ethan to include in a keepsake book for family and friends.
View Tribute Book
Ethan D. Wagner Humphrey Ethan D. Wagner, of Humphrey, passed away Friday (October 7, 2022) at Absolut Center for Nursing and Rehabilitation in Salamanca at the age of 89. He had been a resident since 2020. Born January 29, 1933 in Dallas City, PA (near Bradford), he was one of ten children born to Wilfred and Margaret Deitz Wagner. He was married to Shirley Cook who predeceased him March 28, 2022. He served as a sergeant in the US Army during the Korean War and received an honorable discharge. He worked for Bethlehem Steel in Lackawanna until his retirement. Ethan loved to be in the outdoors, especially for hunting season. His family and friends knew him to be a natural conversationalist and therefore easily met new people. He is survived by a brother Raymond C. (Audrey) Wagner of Rochester; 2 sisters Donna M. Ward and Edna J. Gibson, both of Waynesboro, VA and many nieces and nephews. In addition to his wife, he was predeceased by 1 sister Anna Louise Lee and 5 brothers Alton Wagner, Clyde Wagner, George Wagner, Leroy Wagner, and Kenneth Wagner. All are welcome to attend a celebration of life gathering on Thursday (October 27, 2022) from 11am until 2pm at the Allegany American Legion Charles Harbel Post #892, 4350 Route 417, Allegany. At 11:30am, the Allegany Legion’s ritual team will provide full military honors. It will be followed by a brief memorial service led by Rev. Dr. Anthony Evans. Fellowship and a luncheon will fill the remaining time until 2pm. Burial will be at a later date in Western New York National Cemetery in Corfu, NY. Memorials may be made to the Allegany American Legion Charles Harbel Post 892, 4350 Route 417, Allegany, NY 14706.
Thursday
27
October