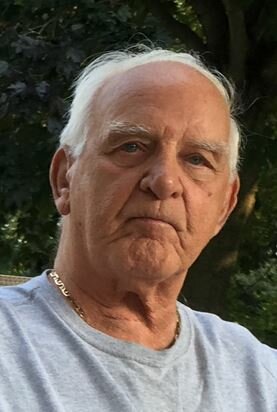 Please share a memory of Robert to include in a keepsake book for family and friends.
View Tribute Book
Robert L. Brown Olean, NY --- Robert Leroy Brown, of Olean, passed away Sunday (October 2, 2022) at his daughter’s home, surrounded by his loving family, after a lengthy battle with cancer. Born July 7, 1936 in Olean, he was the son of George D. and Millie G. McKay Brown. On October 7, 1968 in Eldred, PA, he married Rosemary Warren who predeceased him August 19, 2012. Mr. Brown was a graduate of Olean High School, and enlisted in the US Army July 7, 1953, proudly serving his country as an MP in the 1st Cavalry, 8th Division, until 1957. He was a recipient of the National Defense Service Medal, and Good Conduct Medal. He proudly supported fellow service members and veterans. He drove semi-truck for the former Olean Wholesale for 36 ½ years before his retirement. He was later employed with Sargent Transport, and then drove truck for Jaylord for 3 years. One of his favorite hobbies was scuba diving, having enjoyed the sport for 45 years. He was the pool instructor for the Olean Divers Association, a YMCA Assistant Instructor, and later a NAUI Dive Master. Robert served as past president of the Olean Divers Association, past president of the NYS Divers Association, editor, and publisher of the NY State Divers Digest, and was the state representative for the NY State Underwater Society of America. Mr. Brown also enjoyed coin collecting, traveling with his wife, boating, hunting, fishing, and spending time with his family and friends. He was an avid Buffalo Bills fan, NASCAR fan, and had the opportunity to attend many races in person. He enjoyed listening to the Buffalo Bills comeback win on Sunday, for one last time. He attended the Allegany Baptist Church, was a member of the Allegany American Legion Charles Harbel Post 892 and was an active member of SWAT REACT for many years. He is survived by his children, Sylvia (Mike) Zobel of Greece, Barbara (Mark Peters) Brown of Buffalo, Tina Brown Cornell of Doylestown, PA, Debra (Jerry) Cummins of Allegany, Steven (Judy) Kinnaird of Palm Bay, FL, Thomas (Linda) Kinnaird, Jr. of Olean, and Brian (Gail) Kinnaird of Olean; several grandchildren; many great grandchildren and great-great grandchildren; 1 brother George (Linda) Brown of Limestone; 2 sisters Millie (Pat) Piccirillo of Olean and Eva Brown of Allegany, and many nieces and nephews. In addition to his wife Rosemary, he was predeceased by his parents, and a brother Allen D. Brown. Friends will be received on Thursday from 2-4 & 7-9pm at the Casey, Halwig & Hartle Funeral Home, 3128 W. State Rd., Olean and on Friday (October 7, 2022) at the Allegany Baptist Church on Maple Ave., Allegany from 9am until time of services at 10am. Pastor Mark Chapman will officiate. Burial will be in Pleasant Valley Cemetery, Olean, with full military honors being accorded by the Allegany American Legion Ritual Team. Memorials, if desired, may be made to the Allegany American Legion, 4350 Route 417, Allegany, NY 14706. Online condolences may be expressed at oleanfuneralhome.com.
Thursday
6
October