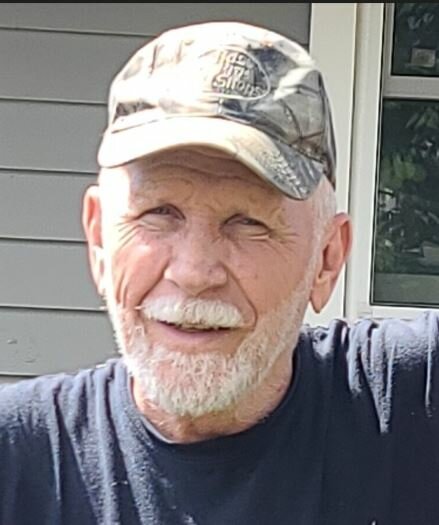 Please share a memory of James to include in a keepsake book for family and friends.
View Tribute Book
James S. Gold Olean, NY James S. Gold, 71, of 546 King St. passed away peacefully Wednesday (June 14, 2022) at the Buffalo General Hospital. Born April 16, 1951 in Olean, he was one of 9 children born to the late James E. and Mary V. Windsor Gold. He was married to Becky C. Scott who survives. James was a graduate of Otto Eldred High School and soon after he enlisted in the US Marine Corps where he served during the Vietnam era from 1969-1971. He worked at Dresser Rand in Olean and later worked for the Olean City School District until his retirement in 2013. James enjoyed fishing and loved to hunt in his younger years. Surviving besides his loving wife Becky are 3 sons James (Jamie) Gold Jr. of Elmira, Russell (Lorrie) Gold of Raleigh, NC, and Stephen (Kelly) Gold of Raleigh, NC; 6 grandchildren Noah, Lyndsey, Kyler, Ashtyn, Gavin and Laurel; 6 brothers and sisters and several nieces and nephews. In addition to his parents, he was predeceased by 1 brother and 1 sister. The family will hold a private burial service at Mt. View Cemetery Veterans Field of Honor. Memorials may be made to the Eldred Conservation Club, 356 Whitetail Rd., Eldred, PA 17631. Arrangements are under the direction of the Casey, Halwig & Hartle Funeral Home, Olean. Online condolences may be expressed at oleanfuneralhome.com.

Look inside to read what others have shared
Family and friends are coming together online to create a special keepsake. Every memory left on the online obituary will be automatically included in this book.
View Tribute Book
Services for James Gold
There are no events scheduled. You can still show your support by sending flowers directly to the family, or planting a memorial tree in memory of James Gold.
Visit the Tribute Store
Share A Memory
Send Flowers
Plant a Tree