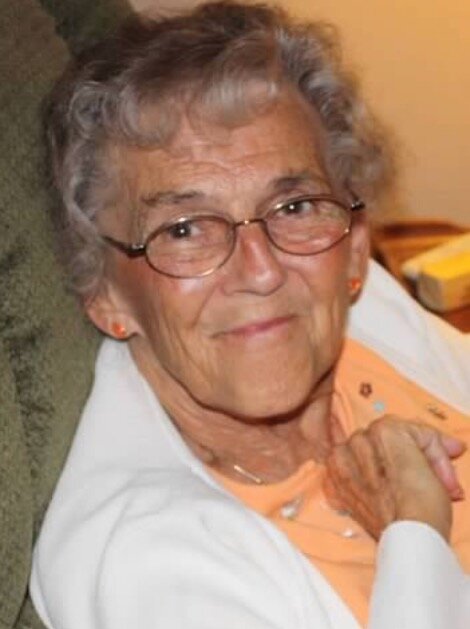 Obituary of Beverly A. Truman

Please share a memory of Beverly to include in a keepsake book for family and friends.
View Tribute Book
Beverly A. Truman Allegany, NY Beverly A. Truman, 88, of Allegany, passed away Sunday (April 3, 2022) at the Bradford Ecumenical Home, Bradford, PA. Born June 9, 1933 in Big Shanty, PA, she was the daughter of Wayne and Georgean Gallagher Baker. On May 10, 1958 in Bradford, PA she married Richard D. Truman who predeceased her September 29, 2003. Beverly was a graduate of Bradford High School. In her earlier years she worked as an operator for Bell Telephone Co. in Allegany and then for Hampshire Mills in Olean. She then worked along with her husband Richard as co-owner and operator of Truman Dental Lab in Olean. She enjoyed raising her family and faithfully attended her son’s, and later her grandchildren’s, school events. She had volunteered for Meals on Wheels and participated in activities with Sixty Plus of Allegany. Surviving are 3 sons Timothy Truman, Dean (Carol) Truman and Jack Truman, all of Allegany; 7 grandchildren Daniel (Amanda) Simpson, Amanda (Jeremy) Gruber, Christopher (Roberta) Truman, Robert “Hooter” (Anne) Truman, Kasey (Mike) John, Richard (Erin) Truman and Jack (Amanda) Truman; 15 great grandchildren; 1 brother Jack (Julie) Baker of Gifford, PA and several nieces and nephews. In addition to her husband, she was predeceased by a daughter Judy Truman in 1987, and twin brothers Jim Baker and Wayne Baker. Friends will be received on Wednesday from 4-7pm at the Casey, Halwig & Hartle Funeral Home, 3128 W. State Rd., Olean. A funeral service will be held Thursday (April 7, 2022) at 10am in the funeral home. Rev. James Vacco, OFM will officiate. Burial will be in McKean Memorial Park, Lafayette, PA. Memorials may be made to the Alzheimer’s Association of WNY, 6400 Sheridan Dr Suite 320, Buffalo, NY 14221. Online condolences may be expressed at oleanfuneralhome.com.
Wednesday
6
April