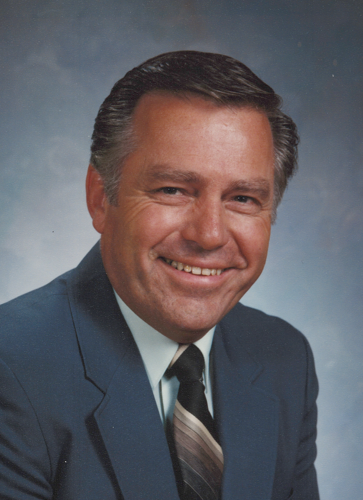 Obituary of Royce A. Ross

Please share a memory of Royce to include in a keepsake book for family and friends.
View Tribute Book
Royce A. Ross Allegany, NY Royce A. Ross, 82, of Colonial Village, was received into the arms of his loving Savior Jesus Christ on Wednesday (March 16, 2022) at the Olean General Hospital after a brief illness. Born May 30, 1939 in Brant Lake, he was the son of Malcolm F. and Leola Mae Lamos Ross. On December 7, 1979 at the Olean First Baptist Church, he married Rebecca A. Harris who survives. Royce was a 1957 graduate of Horicon High School in Brant Lake and graduated from Houghton College in 1961 with a Bachelor of Arts degree. He began working at the former Brubaker Buick dealership in Cuba for a short while until being offered a teaching position at the Franklinville Central School and Ten Broeck Academy. He taught 6th grade and retired after 35 years. Although he was a teacher of academics, he became a mentor to many students over the years by using his position as coach of boy’s baseball and girls’ and boys’ basketball, and particularly girls’ softball, to teach them life skills. He was able to bring the girls’ team to South Carolina each Spring thus giving them a head start in the sport. It was a trip that so many remember as a special part of their high school experience. He helped many female student athletes obtain scholarships to further their education and was also sought by many to teach fast-pitch softball skills. While still teaching, he enjoyed singing in a Christian men’s quartet. It was through that talent and passion that he met the future love of his life, Rebecca. After his retirement in 2000, they spent the next 4 years as musicians for a Free Methodist evangelist. During these years, he studied the Bible, particularly the Book of Revelation, and was then able to travel to multiple states where he presented Bible seminars as a full-time ministry and shared his materials to others at no charge. He always considered this to be a privilege and calling and will be remembered by so many for his ability to teach to anyone’s level of knowledge. Royce was foremost a kind, gentle champion of other’s well-being, even individuals of international origin, but especially to his loving wife and family. He most enjoyed the simple pleasure of walking or taking a ride to witness wildlife and farm animals and nature in general. He leaves behind his loving wife Rebecca; 2 sons Malcolm (GayLyn) Ross of Lawton, OK and Bruce (Cammy) Ross of Allegany; 6 grandchildren, Katherine (Charlie) Stover, James Ross, Jessica Ross, Ciera (Leon) Moyer, Gabriella (Nathaniel) Madonna and Hannah (Hunter) Ruggles; 3 great grandchildren Devon Ross, Madison Ruggles and Grayson Moyer, and several nieces, nephews and cousins. He was predeceased by 1 brother Malcolm Ross. The family invites friends to an afternoon of visitation on Sunday from 2-4pm at the Casey, Halwig & Hartle Funeral Home, 3128 W. State Rd., Olean. A memorial service will be held Monday (March 28, 2022) at 11am in Central Baptist Church. 701 W. State St., Olean. Rev. Alan Yates, pastor, will officiate. Burial will follow in Allegany Cemetery. Memorials may be made to Literacy of Love (helping to build a sustainable future for impoverished children and orphans in Uganda), C/O Cari Matejka, 1405 Washington St., Olean, NY 14760. Online condolences may be expressed at oleanfuneralhome.com.
Sunday
27
March