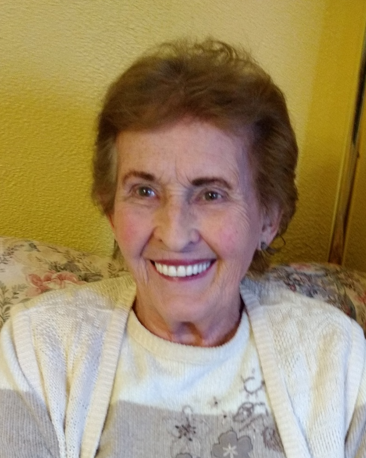 Please share a memory of Lois to include in a keepsake book for family and friends.
View Tribute Book
Lois J. McLaughlin Allegany, NY Lois J. McLaughlin, of Allegany, was greeted by her Father in Heaven on Wednesday (March 16, 2022) at the age of 90. Born April 19, 1931 in Wellsville, she was the daughter of Floyd and Lena (Potter) Davis. On October 14, 1950 at St. Mary of the Angels Church in Olean she married Robert M. McLaughlin who preceded her on August 22, 2002. Lois was a graduate of Wellsville High School. After marrying Bob they settled down in Hinsdale which they called home for the next 10 years. She and her husband then moved to Allegany to make their home on Cranberry RD which she called home for the next 60 plus years. She worked at St. Joseph’s Maronite Church in Olean for 10 years principally as the main housekeeper in both the school and rectory. For the next 28 years she worked in the same capacity for St. Bonaventure Church in Allegany. In her earlier working years, she was employed by the former Home Dairy and The Crystal Confectionary in Olean. She was an active member of St. Bonaventure Church where she helped with many church functions to include the initiating of The Bridge. She was a cheerful volunteer in the community and helped with Homecare and Hospice, Interfaith Caregivers, and was a recent volunteer up until her death at the Genesis House for the past 10 years. She was an active blood donor for many years and enjoyed the friendships at the Red Hat Society. She is survived by 1 son Michael McLaughlin (Lynne) of Hinsdale; 1 daughter Linda McLaughlin of Jensen Beach, FL; 9 grandchildren, Daniel, Raymond, John, Catherine, Amber, Zachary, Dylan, Alex and Taylor; 14 great-grandchildren; 1 great-great grandchild; 1 brother Tom (Ernia) Davis of FL; as well as several nieces and nephews. In addition to her husband, she was predeceased by an infant son Richard McLaughlin; a son Raymond McLaughlin (Linda); a grandson Dan McLaughlin and 2 sisters Waneta (Harry) Barnes and Ethel Beacker. The family welcomes friends to attend a Mass of Christian Burial on Thursday (March 24, 2022) at 9:30am in St. Bonaventure Church. Rev. James Vacco, OFM, pastor, will be the celebrant. Burial will follow in St. Bonaventure Cemetery. A luncheon gathering for friends/family will be held after the burial at St. Bonaventure Church Memorial Hall. Memorials may be made to St. Bonaventure Church, 95 E. Main St., Allegany, NY 14706 or to Genesis House, PO Box 139, Olean, NY 14760. Any cards of sympathy may be directed to Amber Derlein, 1203 Falls Creek Landing, New Albany, Indiana, 47150. Online condolences may be expressed at oleanfuneralhome.com.
Thursday
24
March