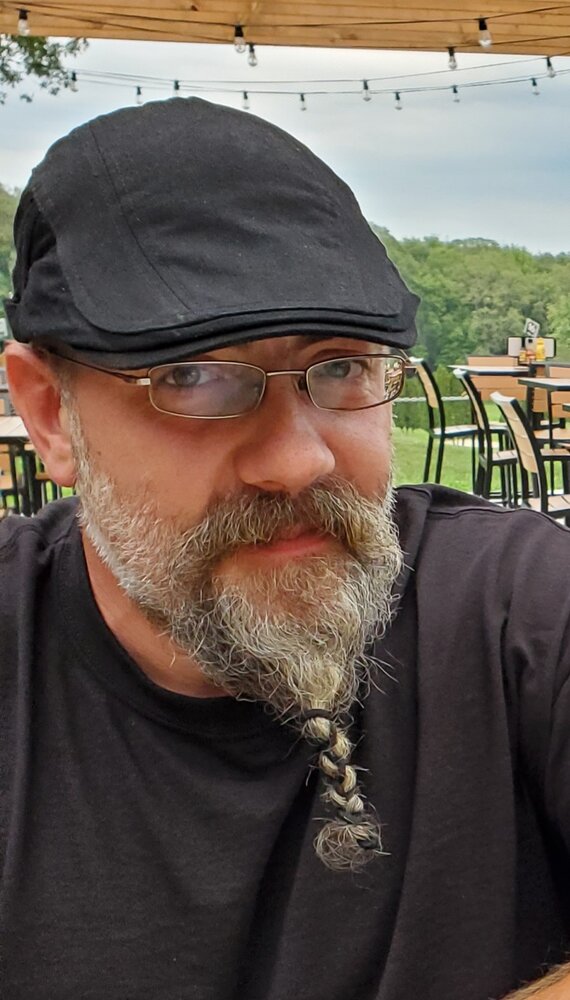 Please share a memory of Steven to include in a keepsake book for family and friends.
View Tribute Book
Steven Claude Dunkleman Olean, NY - Steven Claude Dunkleman, 43, passed away unexpectedly on Thursday (December 30, 2021) at the Olean General Hospital. Born on July 5, 1978 in Springville, he was the son of Howard and Beverly Schuster Dunkleman. Steven was 1996 graduate of Ellicottville Central School. He enlisted in the United States Army in 1996 and served until 2000. After the Army he held several different jobs and most recently was a contractor for Southwestern Contracting. In his free time, he enjoyed collecting coins, bills, gems and magic cards . He was a Buffalo Bills and Chicago Cubs fan. He also liked playing Fortnight and had a love for owls. Steven will be missed for his loving and all-around great personality that was cherished by all who knew him. Surviving is his girlfriend of 6 ½ years and soon to be fiancée Trisha Blakeslee of Olean, 1 sister Valerie Dunkleman of Palm Bay, FL, 2 aunts Annette (Donny) Reed of Great Valley and Mary Schuster of Ellicottville; in-laws Robert (Rose) Blakeslee, Tammy (Dan) Murphy, Christopher (Pablo) Haight, Tabitha (Lens) Martial, Joshua (Toya) Haight and Maryann (Adam) Peterson; mother-in-law Judy Haight, and nieces and nephews Justin Muhisin, Tiffany (Jonathan), Joey, Darian (Abbey), Julius (Mercedes), Kyleigh (Zach), Nicholas, Leigha, Joshalyn,Victorya, Emma, Joshua Jr., Thomas and Zye, and cousins. He was predeceased by his parents and several aunts and uncles. The family will be present to receive friends on Tuesday (January 4, 2021) from 4-7 pm at the Casey, Halwig & Hartle Funeral Home, 3128 W. State Rd., Olean. At 6:30pm, military honors and a funeral service will begin. Rev. Gerald Piper will officiate. Memorials if desired may be made to the Ellicottville American Legion, 6500 Maples Rd, Ellicottville, NY 14731. Online condolences may be expressed to oleanfuneralhome.com
Tuesday
4
January