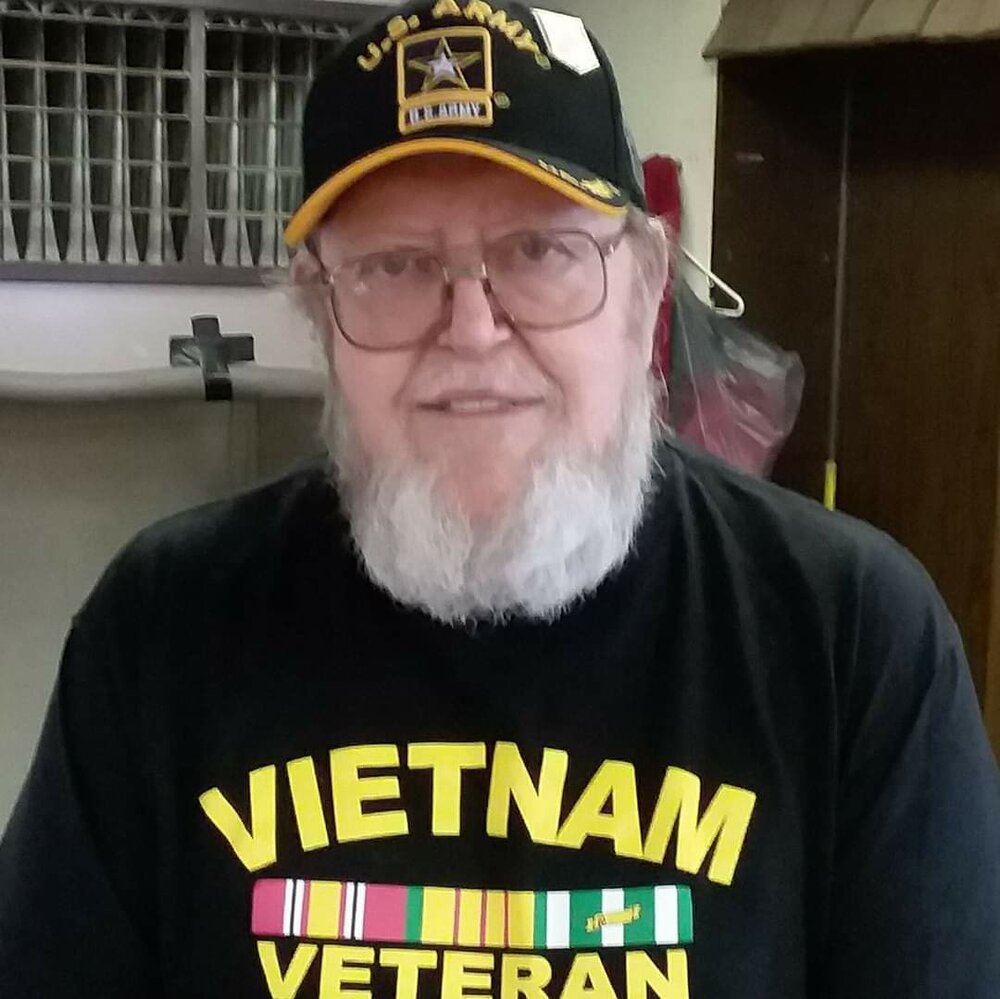 Please share a memory of Hank to include in a keepsake book for family and friends.
View Tribute Book
Henry O. “Hank” Ullman Allegany, NY Henry O. “Hank” Ullman, 72, of Allegany passed away unexpectedly Thursday (December 16, 2021) at the Olean General Hospital, after a long illness. Born November 23, 1949 in Olean, he was the son of Oliver and Velma Jean Miller Ullman. On June 9, 1973 in Salamanca, he married Marie Devine who survives. Hank was a 1968 graduate of Allegany Central School. In 1970 he began serving with the US Army during the Vietnam War. He heroically served with the A Company in the 589th Engineer Battalion. He was later stationed in Germany until his honorable discharge in 1972. He worked for a period of time for the former LeValley McLeod, Inc. in Olean. He then started with Ethan Allen in Salamanca which soon after became Salamanca Lumber Co. He remained with them until his retirement. Hank was an avid motorcyclist and was a retired member of The Coven MC. One of his favorite places to visit in his later years was a camp at Yellow Lake where he loved to fish and spend time with his friends and loved ones. His favorite hobby was radio control car racing which he did mostly in Jamestown. Whatever his passions and hobbies entailed, he was very well-liked by all his friends. He was also adored by his family, especially his grandchildren. Surviving besides his wife Marie are 3 children Kenneth (Brandee) Ullman of Allegany, Kevin (Stacy) Ullman of Cattaraugus and Kyle Ullman of Allegany; 4 grandchildren Jillian Ullman, Brandon Ullman, Shane Ullman and Taylor Backus; 1 sister Ella Mae Frank of Little Valley and several nieces and nephews. In addition to his parents, he was predeceased by 3 brothers Merle Ullman, Roy Ullman and Mark Ullman. A Celebration of Life service for family and friends is being planned for a future date and will be announced. Arrangements are under the direction of the Casey, Halwig & Hartle Funeral Home, Olean. Online condolences may be expressed at oleanfuneralhome.com.

Look inside to read what others have shared
Family and friends are coming together online to create a special keepsake. Every memory left on the online obituary will be automatically included in this book.
View Tribute Book
Services for Hank Ullman
There are no events scheduled. You can still show your support by sending flowers directly to the family, or planting a memorial tree in memory of Hank Ullman.
Visit the Tribute Store
Share A Memory
Send Flowers
Plant a Tree