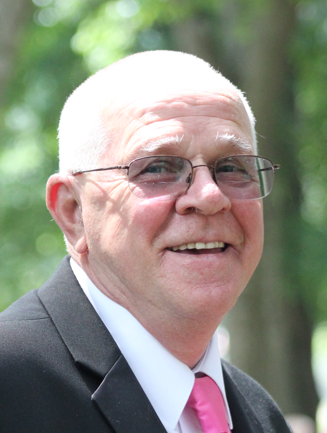 Please share a memory of Stanley to include in a keepsake book for family and friends.
View Tribute Book
Stanley J. Kosinski Olean, NY Stanley J. Kosinski, 69, of Olean, passed away peacefully Tuesday (November 30, 2021) at the Olean General Hospital. Born April 17, 1952 in Olean, he was the son of Mr. And Mrs. John F. Kosinski. On November 3, 1973 at St. Mary of the Angels Church in Olean he married Ellen L. Witter who survives. Stan was a 1971 graduate of Olean High School and began working at that time for the former Foss Bros. He also worked at Conap for a period of time. He retired in 2014 after 40 years of employment with Dresser Rand. Co. He always enjoyed bowling and was active in weekly league play, couples league and casual games with family. In more recent years he proved to be a competitive cornhole player, mostly in the back yard of a family member. Stan was a lifelong hunter and called his son Bobby’s land his “happy place” where he could plan outings with his grandchildren, especially his grandson Ty. Another favorite way of spending time was watching his children, and later his grandchildren, play all their sports. He leaves behind to cherish his memory his wife Ellie of 48 years; 2 children Bob (Kara) Kosinski and Cheri (Jim) Brisson, both of Olean; 3 beloved grandchildren Shawn Brisson Teagan Kosinski and Ty Kosinski; a brother-in-law Jeff (Kimberly) Witter of Hinsdale and his nieces and nephew Beth (Brian) Buzzendore, Brad Witter, Kaytie (John) Bennett, Jennifer Foss and Jessica Shaffer. He was predeceased by his parents, and his parents-in-law Bob and Gerry Witter. A gathering to honor the memory of Stan will be held Sunday (December 5, 2021) from 4-7pm at the Casey, Halwig & Hartle Funeral Home, 3128 W. State Rd., Olean. Online condolences may be expressed at oleanfuneralhome.com.
Sunday
5
December