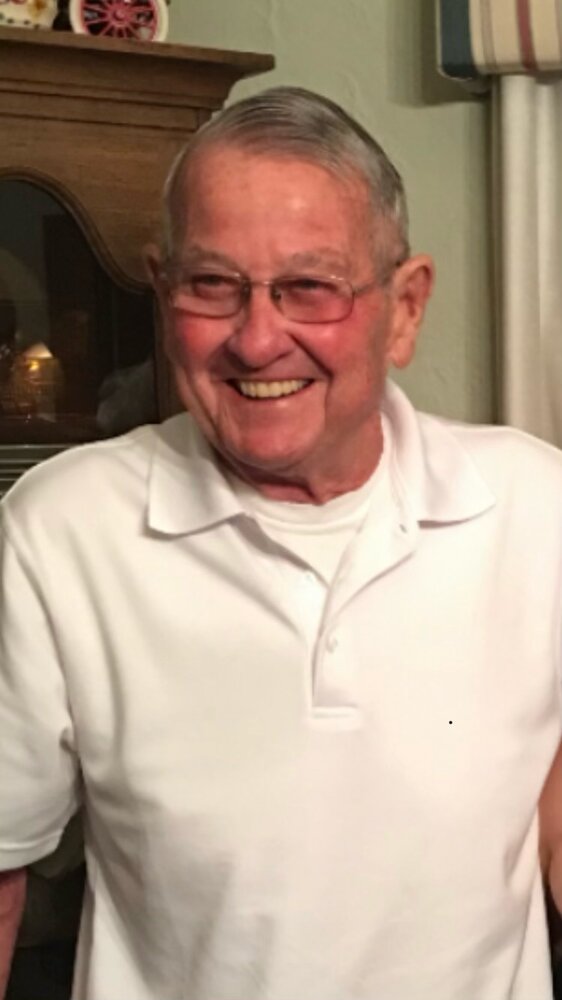 Please share a memory of Patsy to include in a keepsake book for family and friends.
View Tribute Book
Leon “Patsy” Collins “Beloved Husband, Father, Grandfather “Honeybunny” and Businessman” Allegany, NY Leon “Patsy” Collins, of 14 E. Main St., passed away Monday (November 1, 2021) at the Buffalo VA Medical Center. Patsy was born March 25, 1935 in Allegany and was the son of the late Albert and Clara Saterlee Collins. On August 3, 1957 at St. Bonaventure Church, he married his high school sweetheart, Marlene Pittman, who predeceased him on April 8, 2020. Patsy was a 1954 graduate of Allegany Central School. He was inducted into the US Army the same year. He then traveled to Korea where he spent 16 months as an Honor Guard and Manager of the PX shortly after the end of the Korean War. He was honorably discharged in 1956. He was formerly employed at Acme Electric and was also a stone cutter for 20 years at Collins Memorials where he became part owner for ten years. Patsy was also a very talented concrete worker which he did as a side job and was sought after by many for their concrete needs. In 1975, he purchased The Burton Hotel which he successfully operated until his retirement in 2013. His son Chuck Collins, and daughter Crisanne Nevin took over the business after his ownership of 38 years. Also, in 1989 Patsy purchased and remodeled The Club 17, which he renamed The Other Place. His son-in-law Dan Gleason co-owned and managed the business for the first 12 years until assuming sole ownership in 2001. Mr. Collins also served for two years as a Trustee for the Village of Allegany and was a past Grand Knight of the Allegany Knights of Columbus Council #1220. He was also a member of the Allegany American Legion Charles Harbel Post 892, the Olean Elks Lodge #491, the Olean VFW John Ahrens Post 5296, the Pulaski Club of Olean, and was an honorary member of the Allegany Fire Department. Patsy was a life-long member of St. Bonaventure Parish and its sister parish, St. John’s in Vandalia. Patsy was a very kind and generous person who helped numerous people in time of need throughout his life. He enjoyed socializing with his patrons and was known as a great storyteller and was quick with a joke. Patsy enjoyed playing cards, golfing, and traveling. He was a member of Birch Run Country Club for many years and had a hole-in-one there on #7. He also sponsored both the Andy Long and Burton Hotel golf tournaments. Patsy supported many activities for both Allegany-Limestone School and St. Bonaventure University. Surviving is a son Leon “Chuck” Collins of Allegany; 3 daughters, Cynthia (Robert) Barrand of Corinth, TX, and Corrine (Daniel) Gleason and Crisanne (Paul) Nevin, both of Allegany; four grandchildren, Katie (Damon) Hirliman and Kimberly Nevin, both of Allegany, Michelle and Anthony Barrand of Corinth, TX; two great-granddaughters, Madalyn and Lillian Faulkner of Allegany; a sister, Roseanna (Thomas) O’Grady of Wellsville, several nieces and nephews who all held a special place in his heart, and many special friends whom he loved like family. Patsy was also an honorary grandpa to Joowon and Yuna Kim of Amherst. Besides his loving wife and parents, he was predeceased by a brother, Dr. A. Byron Collins, II of Canisteo, a nephew Albert Byron “Chip” Collins, III of Canisteo and a niece, Kimberly Robinson of Connecticut. There will be no prior visitation per Patsy’s request. Friends are invited to attend a memorial mass at St. Bonaventure Parish, 95 E. Main St., Allegany on Friday (November 5, 2021 at 5PM. It will be to honor the memory of both Patsy and his wife Marlene. Rev. James Vacco, OFM, pastor, will officiate the mass. Interment will be in St. Bonaventure Cemetery. Memorials may be made to St. Bonaventure Parish, 95 E. Main St., Allegany, NY 14706, The Buffalo VA Medical Center Hospice Care Wing, 3495 Bailey Ave, Buffalo, NY 14215 or to the Allegany Rescue and EMS, Inc., PO Box 217, Allegany, NY 14706. Arrangements are under the direction of the Casey, Halwig & Hartle Funeral Home, Olean. Online condolences may be expressed at oleanfuneralhome.com.
Friday
5
November