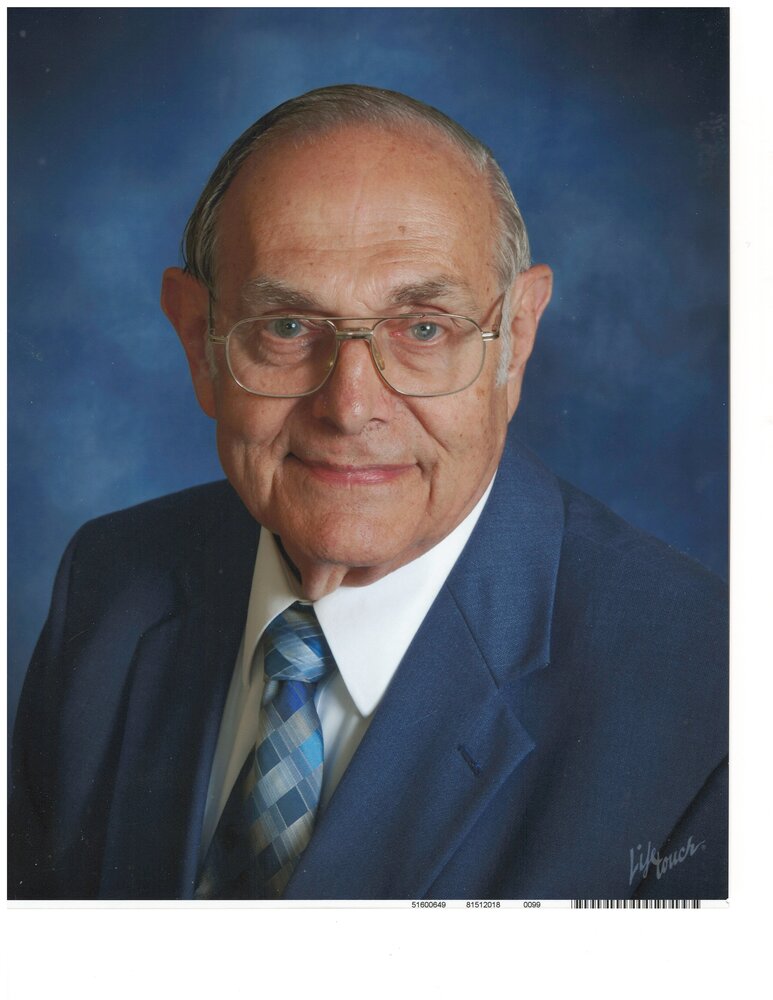 Please share a memory of Bert to include in a keepsake book for family and friends.
View Tribute Book
Bert R. Dohl Olean, NY Bert R. Dohl, 88, of 4115 S. Nine Mile Rd., entered into peace on Thursday (October 28, 2021) at the Olean General Hospital, supported by the loving presence of his family. Born August 7, 1933 in Olean, he was the son of J. Paul and Alberta Swortwood Dohl. On December 27, 1953 in Walton, NY he married Janice Wood who predeceased him in July of 2000. Bert was a 1950 graduate of Olean High School and later attended pharmacy school as well as Fredonia State College. He then studied law at the Albany Law School of Union University, graduating at fourth in his class, Cum Laude, with an LLB in 1956. He served 3 years with the US Air Force as an officer with the JAG Department until his discharge in 1960. He began his lengthy law career in 1960, and in 1966 in Olean he established a private practice until 1970. He then joined the law firm of Congdon, Congdon & Perreault in Salamanca and was still an active partner to the present day as Congdon, Perreault, Dohl and Rickert. He served on many committees and boards related to law practice, including the Southern Tier Legal Services from 1980 to 2004 and Legal Services of Western New York from 2004 to the present. Bert was a longtime member of Christ United Methodist Church in Olean where he served in several capacities, including usher, trustee and as a lay leader delegate to the Conference. He held an over 50-year membership in the Olean Lions Club and served as treasurer for many years. He formerly served on the board of directors for the Cattaraugus County Bank. He was also a member of the American Bar Association. He enjoyed the informal, longtime weekly men’s breakfast with his brothers in Christ, was a St. Bonaventure Bonnies fan through and through, was an avid fan of the NY Yankees, and enjoyed following most sports. He is survived by a brother Paul Dohl of Boynton Beach, FL; 3 children Cyndi (Mike), Timothy (Sandra) Dohl of Falconer and Christine (Dan) Peace of Huntsburg, OH; grandchildren Shelley (Chad) Greene, Shannon (Gregory) Hayes, Brian (Jeannie) Dohl, Shawn (Megan) Whitmer and Melody (Dan) Overend; great-grandchildren Seth, Sebastian, Lily, Addy, Max, Levi, Lucas, and Samantha and was looking forward to the birth of his 9th great-grandchild, Ada Ruth; and many nieces and nephews. In addition to his wife and parents, he was predeceased by a stepmother Helen Dohl, and a sister Phyllis Ruth Dohl. The family will be present to receive friends at Christ United Methodist Church, 633 Linwood Ave., Olean on Tuesday from 10am until noon. Full military honors will be accorded at the church beginning at noon. A funeral service will immediately follow at the church. Rev. Chad Sayers, pastor, and Rev. Carrie Wolfe, associate pastor, will co-officiate. Burial will be in Pleasant Valley Cemetery, Olean. The use of a mask will be required for attendance in the church. Memorials, if desired, may be made to the Olean Lions Club, P.O. Box 2 Olean, NY 14760 or to Christ United Methodist Church, 633 Linwood Ave., Olean, NY 14760. Arrangements are under the direction of the Casey, Halwig & Hartle Funeral Home, Olean. Online condolences may be expressed at oleanfuneralhome.com.
Tuesday
2
November