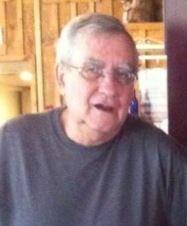 Please share a memory of Bernard to include in a keepsake book for family and friends.
View Tribute Book
Olean- Bernard T. “Jake” Wolfe, Jr., 83, passed away peacefully Sunday (October 10, 2021) at the Olean General Hospital. Born January 2, 1938 in Portville, he was the son of Bernard and Viola Bean Wolfe Sr. On May 10, 1969 in Allegany, he married Gloria Hitchcock who predeceased him August 13, 1996. Jake worked at Dresser Rand as a Senior Systems Analyst until his retirement. He was the manager of the Allegany American Legion for many years and would attend the oil production meetings. He was proud of his role as Abe Lincoln in the Allegany Sesquicentennial. He enjoyed many years traveling with his wife and attending the Jamboree in the Hills. In his free time, he enjoyed hunting, bowling, and was an avid Jeopardy fan. Surviving are 2 daughters Tamra (Steven) Hollowell of Cuba and Reesa (Todd) Hopkins of Worthington, OH; his grandchildren Olivia Hollowell, Sean Hollowell both of Cuba, and Sage Hopkins and Cole Hopkins of Worthington, OH; a sister-in-law Nancy Wolfe of Arcade; and 4 children from a previous marriage Ronald Wolfe, Steven Wolfe, Matthew Wolfe, and Mark Wolfe. In addition to his wife, he was predeceased by a daughter Bernadine Wolfe and his siblings Ronald Wolfe, Naomi Beabout, Donald Wolfe, Douglas Wolfe. Per Jake’s request, no services are being held. Burial will be in Chestnut Hill Cemetery. Arrangements are under the direction of the Casey Halwig, and Hartle Funeral Home. Memorials if desired may be made to the American Cancer Society, https://www.cancer.org/. Online condolences may be expressed at oleanfuneralhome.com.

Look inside to read what others have shared
Family and friends are coming together online to create a special keepsake. Every memory left on the online obituary will be automatically included in this book.
View Tribute Book
Services for Bernard Wolfe, Jr.
There are no events scheduled. You can still show your support by sending flowers directly to the family, or planting a memorial tree in memory of Bernard Wolfe, Jr. .
Visit the Tribute Store
Share A Memory
Send Flowers
Plant a Tree