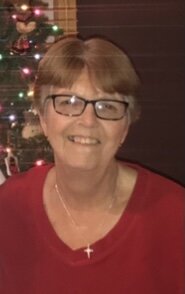 Please share a memory of Terry to include in a keepsake book for family and friends.
View Tribute Book
Terry Van Sickle OLEAN, NY- Terry Van Sickle, 70, of Olean passed away Wednesday (September 15, 2021) in her home, surrounded by her loving family, following a long illness. Born June 15, 1951, in Olean, she was the daughter of the late Edward and Mildred Gardner Van Sickle. Terry was a 1969 graduate of Olean High School. She was employed by the Olean Tile Plant for 43 years, retiring after its closure in 2012. She was a past member of the First Presbyterian Church of Allegany and attended Creekside Chapel in Allegany. She enjoyed bowling, horseshoes, traveling with her friends, volunteering for the American Red Cross and was the best "dog sitter" in the family. Terry, or "T", or Aunt T as her family called her was always the one everyone could count on. She was always willing to run the kids around, watch them after school, stop to let the dogs out, you name it, she would do it! She did have one downfall - playing cards. When playing Chase the Ace, you'd never want to sit by her - she always had terrible cards and she earned the nickname "Terrible T"! Surviving are a brother William (Pat Wind) Van Sickle of Allegany; two sisters, Barbara (Phillip Stephan) Van Sickle of Allegany and Margie (Paul) Kosinski of Olean; brother-in-law Samuel (Judy) Peters of Utah; sister-in-law Mickie (Creed) Terry of Oregon; 10 nieces and nephews, Frank (Theresa) Van Sickle, Tammie (Collin) Champlin, Michelle (Jeff) Platt, April Ruth, Beth (Jeff) Mack, Sue (Dave) Giardini, Amy (Kelly) Malloy, Andrea (Jason) Hlasnick, Melissa (Jon) Riehle, Jennifer (Keenan) Kriegel and Josh Van Sickle and many great-nieces and great-nephews. Besides her parents, she was predeceased in death by her sister Janice Van Sickle Peters in 1991, her brother Lonnie Van Sickle in 1994, and sister-in-law Linda Van Sickle in 2009. The family invites friends to attend a visitation on Saturday (September 18, 2021) from 10-11am at Creekside Chapel, 2523 Five Mile Rd., Allegany. A memorial service will begin at 11am in the church. Rev. Adam Stein, pastor, will officiate. Burial will follow in Pleasant Valley Cemetery, Olean. The service will be live-streamed. Minutes before 11am, log on to creeksidechapel.org to connect to the service. Memorials, if desired, may be sent to the Creekside Chapel Free Methodist Church, 2523 Five Mile Rd, Allegany NY 14706 or to Empire Animal Rescue Society, PO Box 445, Salamanca NY 14779. Arrangements are under the direction of the Casey, Halwig & Hartle Funeral Home, Olean. Online condolences may be expressed at oleanfuneralhome.com.
Saturday
18
September