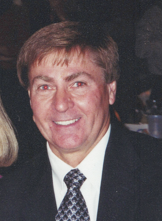 Please share a memory of William to include in a keepsake book for family and friends.
View Tribute Book
William T. “Bill” Moore Olean, NY William T. “Bill” Moore, 73, of 124 N. 8th St., passed away Monday (July 26, 2021) at the Buffalo VA Medical Center, after a nearly 6-year courageous battle with multiple myeloma. Born August 24, 1947 in Olean, he was the son of Thomas W. and Mary Elizabeth Stebick Moore. On July 23, 1983 in Olean, he married Kathy J. Burr who survives. Bill was a 1965 graduate of Olean High School and received an associate of science degree in architectural engineering from Lain Technical Institute in Indianapolis, IN. He enlisted in the US Army in 1967 and served honorably, principally with the 2nd Battalion, 94th Artillery in Vietnam from 1968 to 1969, until his discharge in 1970. He began employment at the former AVX Corp in Olean and then worked many years for the Olean City School District. He worked for Crandall’s Memorials for a period of time, and retired from Cutco Corp. in 2013. Bill was a lifelong resident of Olean was a family man, affectionately nicknamed by family members and friends as “Mr. Bill”, “Billy”, “Willy” and “Fine Brother Bill”. He was always ready to help with handyman and home improvement projects for them and for others. He was also a patriot who loved his country. He served in many capacities as a volunteer member of the Allegany American Legion Charles Harbel Post 892, currently as its Commander the past few years, and also as a principal organizer of the Olean Veterans Wall of Honor, as well as a volunteer for the Cattaraugus County Veteran Van Service. He was recognized by his fellow legion members as its “Legionnaire of the Year” in 2016. Bill also served as the legion’s honor guard commander the past number of years and would often help with maintenance projects around the Post. He had a life-long interest in learning, and enjoyed reading about history, especially the Civil War where he actively engaged in reenactments both locally and in Gettysburg during the recognition of the 150th anniversary. He was very crafty and liked to learn new skills such as woodworking, cooking and gardening. He will always be admired for his positivity and kindness, even during the recent years of his illness. He is lovingly survived by and will be greatly missed by his wife Kathy; 2 daughters Jennifer (Buzz) Myers of Duke Center, PA and Melissa (Joseph) DiPiazza of Charleston, SC; 3 siblings Joseph “Hosey” (Marge) Moore of Miamisburg, OH, Cynthia “Cindy” (John) Mikowicz of Olean and Robert “Doc” (Kathy) Moore of Olean and many nieces, nephews, cousins, aunts and uncles. He was predeceased by his parents. Visitation will be Thursday from 2-4 & 7-9pm at the Casey, Halwig & Hartle Funeral Home, 3128 W. State Rd., Olean. Funeral services will be held Friday (July 30, 2021) at 11am in the funeral home. Burial will be in St. Bonaventure Cemetery with full military honors being provided by the Allegany American Legion Ritual Team. Memorials, if desired, may be made to the Allegany American Legion, 4350 NY-417, Allegany, NY 14706. Online condolences may be expressed at oleanfuneralhome.com.
Thursday
29
July