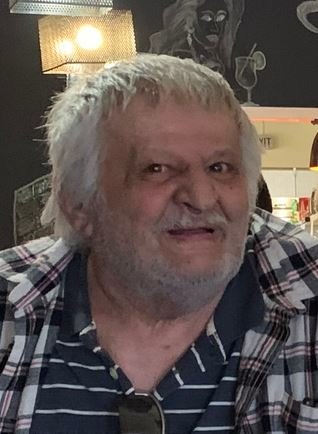 Please share a memory of Joseph to include in a keepsake book for family and friends.
View Tribute Book
Joseph F. Fahrer Allegany, NY Joseph F. Fahrer, 71, of 3974 Route 417 passed away unexpectedly Wednesday (May 12, 2021) in his home. Born November 3, 1949 in Olean, he was the son of Joseph and Kathleen Harrington Fahrer. He was raised by his aunt and uncle, Raymond and Margaret Ryan and was a 1969 graduate of Allegany High School. He then served in the US Navy during the Vietnam War, having completed two tours of duty. He then lived and worked in Texas for a number of years prior to returning to Allegany. He enjoyed the companionship of Donna Gerstenberger whom he met in Texas and who joined him in moving back to Allegany. She passed away October 5, 2019. He was an avid fan of both the Buffalo Bills and the New York Yankees. He is survived by a close circle of family and friends who welcome anyone to join in a graveside memorial service at the Mt. View Cemetery, Veterans Field of Honor in Olean on Tuesday (May 18, 2021) at 3pm. Along with the service there will be military honors accorded by the Allegany American Legion Ritual Team. In lieu of flowers, memorials may be made to the Allegany American Legion, 4350 NY-417, Allegany, NY 14706. Arrangements are under the direction of the Casey, Halwig & Hartle Funeral Home, Olean. Online condolences may be expressed at oleanfuneralhome.com.
Tuesday
18
May