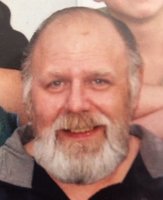 Born August 1, 1943 in Buffalo he was the son of Stephen and Gertrude Lata.  On September 3, 1971 in San Antonio, TX he married Carol A. Abdo who survives.

He will be remembered as a Buffalo Bills fan, a hard worker and provider, and a beloved husband, father and grandfather.

He was predeceased by a son-in-law Jack Guay on February 23, 2011 and a brother Greg Lata.

Friends will be received on Friday (October 4, 2019) from 10 to noon at the Casey, Halwig & Hartle Funeral Home, 3128 W. State Rd. Olean.  Services will begin at noon in the funeral home.  Mark Lata, son to Stephen, will officiate.  Burial with military honors will be in St. Bonaventure Cemetery.