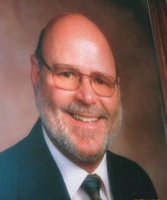 Patrick graduated from St. Joseph's Catholic School in Renovo in 1961 and then served in the US Air Force for 4 years before being honorably discharged as Airman 1st Class on July 12, 1965.

After his military service he worked for the Pennsylvania Railroad in Buffalo until their merger with the Penn Central Railroad, which later became Conrail.  He retired June 1, 1999 after 34 years of service.

He was a former member of the Allegany Knights of Columbus and the Olean Eagles Club.  He enjoyed traveling around the country with his loving companion in her motor home, cooking, going to Disney, camping, bicycling and walking.

Surviving are his loving companion Patty Connelly of Westons Mills; a son Patrick J. Minihan, Jr. of Portville and a daughter Erin Lynn Minihan of Ohio.

He was predeceased by 2 brothers William Minihan of Hollidaysburg, PA in 2006 and Michael Minihan of Largo, FL in 2008.

Per Pat's request, there will be no visitation.  He would like everyone to remember him as the last time they saw him.  Burial will be in Pleasant Valley Cemetery, Olean at the family's convenience.

In lieu of flowers, memorials may be made to the Kinney Hose Company in Westons Mills, PO Box 601, Westons Mills, NY 14788.  Arrangements are under the direction of the Casey, Halwig & Hartle Funeral Home, Olean.  Online condolences may be expressed at oleanfuneralhome.com.