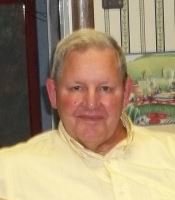 Born February 21, 1941 in Olean he was the son of Merle and Loraine Applebee Straight.  On October 14, 1961 at the former People's Methodist Church in Olean he married Anne Farrell who predeceased him March 2, 2017.

Jim was a 1959 graduate of Olean High School and attended the University of Delaware.  He worked his entire career for Dexter Hysol Co. where he retired after 46 years.

He was a former member of the board of directors of The ReHabilitation Center and spent several years coaching the Midget League Football.  He loved the outdoors and enjoyed bike riding, walking, hunting, splitting wood and caring for his property.

In addition to his wife he was predeceased by 1 sister Merleyn Straight; 2 brothers Clayton John Straight and Arthur Gaylord Straight.

Friends will be received on Friday (December 21, 2018) from 11am until 1pm at the Casey, Halwig & Hartle Funeral Home 3128 W. State Rd., Olean.  A funeral service will begin at 1pm in the funeral home.  Burial will be in Allegany Cemetery.

Memorials may be made to the ReHabilitation Center, 1439 Buffalo St., Olean, NY 14760.  Online condolences may be expressed at oleanfuneralhome.com.